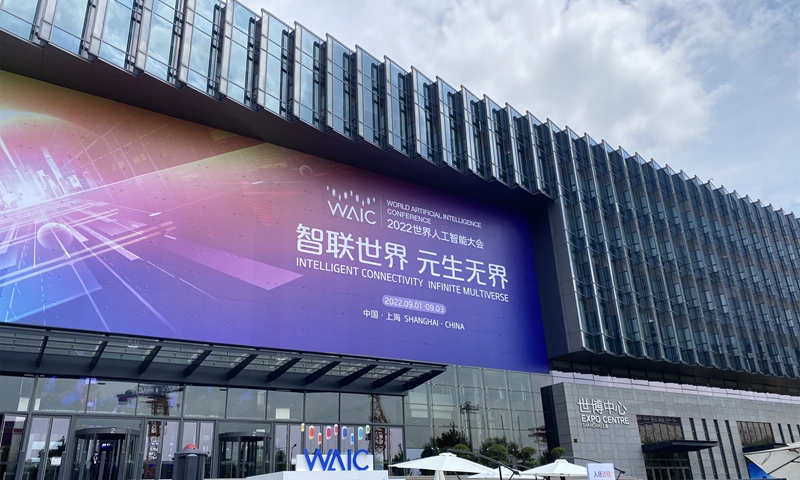 The Global Times learned from Vastai Technologies, a Shanghai-based semiconductor company that was founded in 2018 and specializes in researching high-performance general-purpose chips, that it plans to launch a self-made 7-nanometer cloud graphic processing unit (GPU) chip during the WAIC2022. The company’s founder is expected to announce the news on Saturday during a forum.

Axera, another Shanghai-based chip company set up in 2019, released a self-developed technology with the Chinese name “Aixinzhimou.” The technology can help chips quickly upgrade their image quality, as well as break through the “ceiling” of traditional video-processing abilities across a range of key scenarios.

Likewise, domestic chip company Enflame, which specializes in AI cloud computing products, is also expected to launch an integrated AI computing center product during the WAIC 2022. The company is planning to reveal the product details on Saturday.

The continued launch of high-end chips is a sign of China’s accelerating progress in chip design, which took off after 2018, and it has been a challenging path considering overseas sanctions faced by China’s chip industry, experts said.

Xiang Ligang, an independent tech analyst, told the Global Times on Friday that China’s chip design was very weak prior to 2018, with only a few players. But now the industry is developing at a pace much faster than market observers had previously expected.

“There’s been a large-scale emergence of chip design companies over the past few years. We can’t say that China’s research and development capability is among the world’s best, but in every chip category, there are many domestic companies coming in or making preparations to develop chip products,” he said.

A chip company representative told the Global Times at the WAIC that China’s gap with global chip giants is narrowing, with some products even displaying better performance. But in terms of software operating systems, Chinese companies still need time to catch up with foreign peers.

According to Xiang, the explosion of chip design and research in China since 2018 was the result of a surge in investment capital, government support, and US sanctions targeting China’s tech rise, all of which pushed China to speed up research in chip design and manufacturing.

The rapid development of AI technologies and scenarios also led to higher requirements for AI chips, which has been a source of stimulus for chip companies, he said.

With the explosion of chip design companies, the problem of a global chip surplus and ensuing price falls has triggered wide discussion, but Xiang said it’s good for chips to be released and judged by the market.