Machine learning is exploding, and so are the number of models out there for developers to choose from. While Google can help, it’s not really designed as a model search engine. That’s where CatalyzeX comes in: It not only helps developers find the most appropriate model for their data, it provides a direct link to the code in a simple interface.

The company co-founders, brothers Gaurav Ragtah and Himanshu Ragtah, saw that there was so much research being done and wanted to build a tool to make it easier for developers to find the most applicable models for their use case.

“We’ve built a platform that lets you easily search for all the various techniques and models available for a certain use case and jump to the code in one click, saving you a lot of friction by going from ‘there’s a good technique’ to ‘here’s the code that actually implements it’ and go on from there,” CEO Gaurav Ragtah told me. 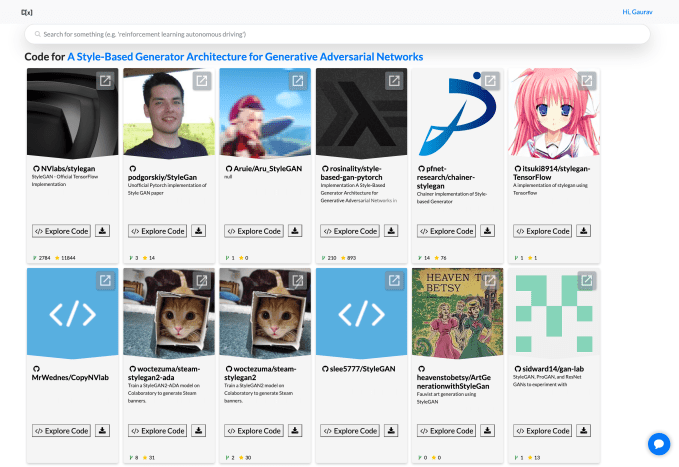 While this could apply to any type of research, as a young startup, they are concentrating on machine learning, which is broadly applicable across fields. By building a platform like this, they can learn what types of research apply to a given use case and automatically surface the most relevant ones for the user.

While they have 30,000 weekly active users today, they recognize they will need a critical mass to get to the point where they can more precisely identify the right model for the right research, so for now, they are taking advantage of the technology they have built into the tool, like crawlers and aggregators, to jump-start that process.

The brothers grew up in New Delhi in an area that was originally for refugees from when the British split India and Pakistan in the late 1940s. Their grandparents settled there, originally living in tents, before building a home. Gaurav came to the United States on scholarship in 2009 and Himanshu followed later. Both eventually got jobs at tech companies in the U.S. working on machine learning projects, where they saw the kinds of research challenges they are attempting to fix with CatalyzeX.

For now, the company is just the two of them, but they hope the idea will take off so they can hire more people to help build out the tool. Given their backgrounds, they believe strongly in looking at underrepresented people.

“We’ve always made efforts to get to know people from various backgrounds of all kinds, but also when we talk about opportunities, [we plan to] actively tap into a recruiting pipeline to see if there are enough applicants from different backgrounds because fundamentally, I believe if we don’t find the best people across all backgrounds, we are unnecessarily disadvantaging ourselves,” he said.

Users can access the tool on the company website or through browser extensions on Chrome and Firefox.