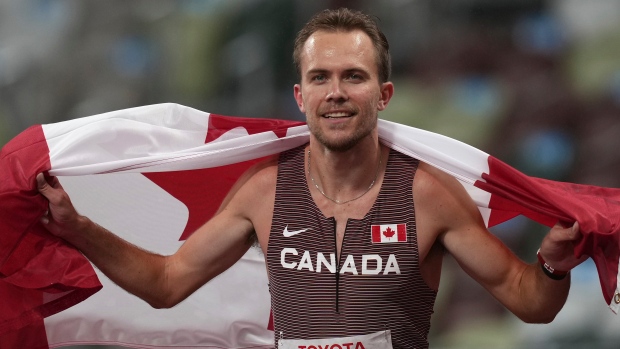 Canada’s Nate Riech captured gold in the 1,500 metres in his Paralympic debut in Tokyo.

The 26-year-old from Victoria pulled away from the field with two-and-half laps to go to finish in a Paralympic record of three minutes 58.92 seconds.

Riech was golfing with friends when he was just 10. He was hit by a line drive from 150 yards out, suffering a brain injury that affected the right side of his body.

He went on to run NCAA track at Furman University and South Alabama.

Riech ran his first Paralympic races in 2018, and shattered the world records in both the 800 and 1,500 in his first international meet that year.

This report by The Canadian Press was first published Sept. 4, 2021