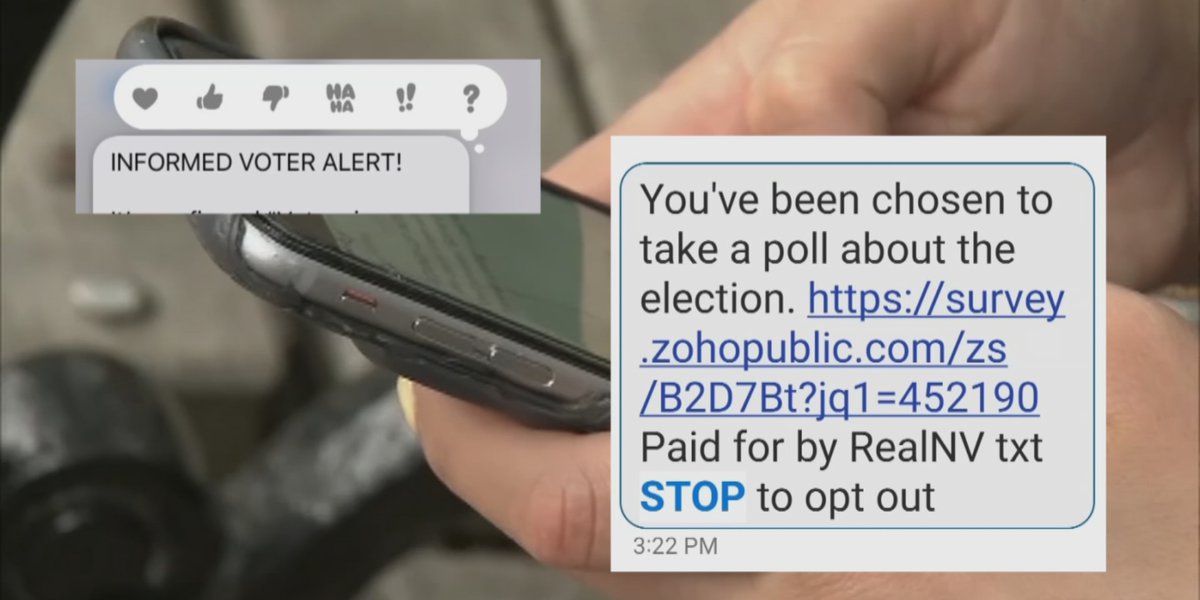 LAS VEGAS, Nev. (FOX5) – The nation is weeks away from Election Day on November 8, and many of you are already getting bombarded by phone calls and especially campaign texts.

The stakes are especially high for Nevada, and people across the Silver State are feeling the election drumbeat weeks in advance.

“It’s very rare that 75% of the state’s congressional delegation are in toss-up races. Every campaign is increasingly being driven by technology. It’s being driven by big data, by machine learning, by analytics,” said Rory McShane, a Republican strategist and principal of McShane LLC. He has almost doubled his number of staff across several states for the 2022 election season. He’s working on campaigns and text campaigns for a number of high-profile Republican candidates, and boasts 10 million texts and counting so far this cycle. McShane explains why eyes across the country have zeroed in on Nevada voters.

Why are you getting notices so early? McShane notes that most Nevadans will mail in their ballots, and their mind may be made up weeks before Election Day.

“Text messaging is still the most spam-free inbox there is,” he said, noting that 70% of his team’s texts are actually opened. McShane has a team of people manually sending texts; robotexts are illegal, according to the FCC.

The best way to make the texts stop? Go and vote, McShane said. Campaigns target those who don’t vote regularly.

“Once you vote, everyone like myself has a vested interest in scrubbing you from the list. We don’t want to tax people who’ve already voted, that’s a waste of money,” he said.

The Nevada Secretary of State website instructs all Nevadans to contact their county clerk to restrict their information. You can opt to make your contact information confidential through the Clark County Election website. However, McShane warns, research firms like his rely on plenty of other sources to contact any and all voters.

The FCC requires all campaigns to cease texts once you reply “STOP.”

Other tips? iPhone users can restrict Unknown Senders in their “Settings,” sending ads to a different folder.

McShane believes texts may be severely limited in coming election cycles; platforms such as Hulu, Sling and others require users to watch ads, and campaign ads are now heading there.