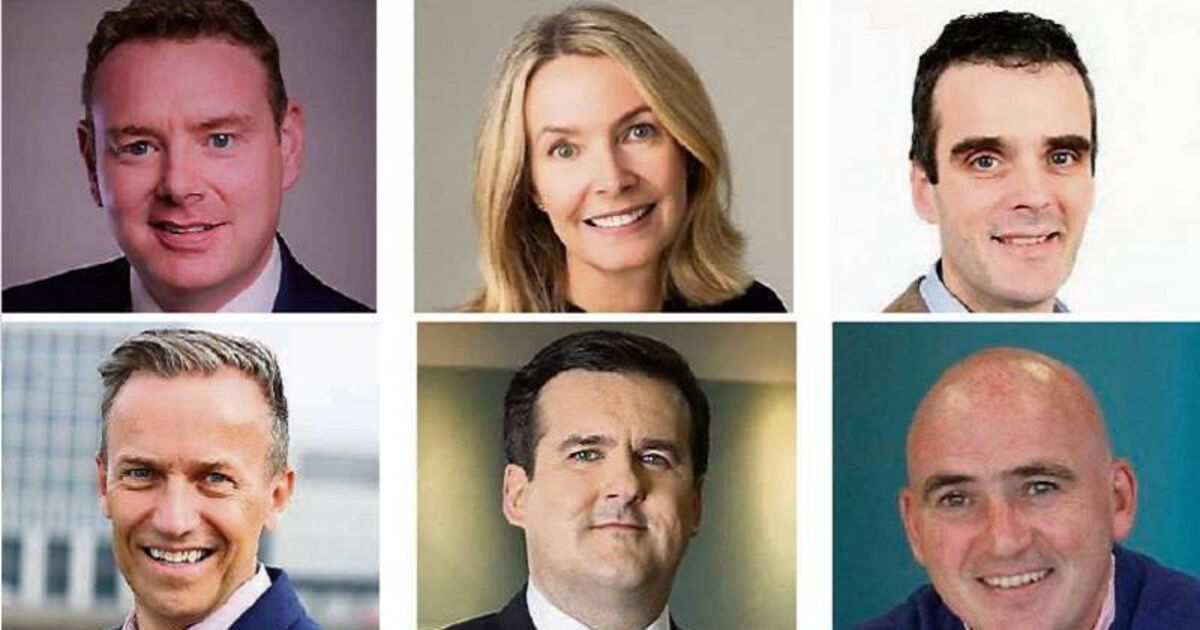 Justin Farrell has been appointed as fundraising manager at The Crann Centre, the Cork-based charity which provides lifelong support for families living with neuro-physical disabilities in Ireland. Justin joins Crann from UPS, where he worked as an account manager. Prior to this, he has worked in business development and marketing for leading companies including Leading Edge Labels and Packaging, North and West Coast Links. He holds Bachelor of Commerce and Master of Business Studies degrees from NUIG. Justin is focused on building corporate partnerships for Crann. The charity is currently raising funds to develop an inclusive playground, accessible to all, including children with disabilities and their parents.

Gervaise Slowey has been appointed as an independent non-executive director of Dalata Hotel Group, a board which now has gender equality. She has a background in senior management, international marketing and media. She serves as a non-executive director with Draper Esprit, Wells Fargo Bank, Eason Retail and until recently Ulster Bank Ireland. She was previously CEO of media group Communicorp (now Bauer Media Audio Ireland). She has also held senior roles in Ogilvy Worldwide for 16 years, most recently as global client director. Gervaise is a chartered company director, a certified bank director, and a DCU Business Studies graduate. She is particularly interested in sustainability and has completed the Sustainability Leadership Programme at Cambridge University.

Joe Healy has been announced as the new non-executive chair Collaborative Finance CLG, which is best known for its Cultivate farm loan offering which is available in over 110 credit union locations across the country. He brings considerable board level experience, notably with FBD, Bord Bia, IFA and Copa Cogeca. Cultivate loan applications grew by 50% in the first six months of 2021 versus 2020. Mr Healy said: “I look forward to helping the Cultivate brand grow as farmers look for alternative ways to finance the development of their businesses. As a farmer myself, I know the importance of locally provided financial services, especially with the closure of rural bank branches all around the country.”

David Crimmins has been promoted to CEO with WebDoctor, a health technology business and telehealth platform. He was previously chief commercial officer. He will oversee WebDoctor’s international expansion, building on its growth in Ireland. He has also held a number of senior roles internationally and domestically in the medical and technology fields. He spent three years in a senior role with medical device company ResMed, responsible for its strategy in the EMEA and Japanese markets. He has also been commercial director for health insurance provider GloHealth for five years. He holds a BBS from TCDE and a Hdip in Marketing Practice from UCD Graduate School of Business.

Stephen Holst has been announced as managing partner with law firm McCann FitzGerald. He will succeed Barry Devereux when his second term ends in April 2022. Stephen is currently a partner in the firm’s employment, pensions and incentives and disputes groups. He is an experienced strategic adviser who advises client organisations, guiding them on the people aspects of their significant corporate transactions, organisational change and most critical disputes. He trained with McCann FitzGerald and has held roles including senior associate and solicitor. He has also worked with stockbrokers Goodbody. He said: “My experience in dealing with people and organisations is hugely valuable for the challenges that undoubtedly lie ahead.”

Leslie Duckett has been appointed as group head of business development and marketing with CubeMatch, the global change and transformation consultancy. He is responsible for driving business development across three regions, Ireland, UK and Benelux. Prior to taking up this position, Leslie was VP country manager at First Derivatives where he was instrumental in growing the Irish consultancy business over the last four years. Before that, he was Commercial Director at Rockall Technologies. Leslie joins CubeMatch with over 30 years of experience in working in the fintech/regtech industry managing complex global projects and building teams. He has also worked with CLG, FD Technologies, Rockall Technologies and Fineos.