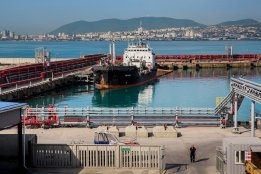 The export of heavy fuel oil (hsfo) through the Black Sea could falter as tensions in the region mount.

One major oil company is reported to have cancelled all hsfo cargoes out of the Black Sea, according to market sources.

New fuel oil cargoes are unlikely to be loaded by ship owners and operators, sources say.

A number of ships have been damaged or detained in the region since the conflict between Russia and the Ukraine erupted last week.

Ukrainian sources have reported a Ukraine-flagged tanker held by Russian forces on Friday.

“Buyers are not looking at cargoes where Russian interests are involved, at any level,” a bunker trader based in the Mediterranean told Ship & Bunker.

“Sanctions are in the early stages and are only beginning to bite,” the trader added.

The Russian port of Novorssiysk exported 35.5 million metric tonnes of oil products in 2021 an 8% increase over the previous year, according to port authority figures.