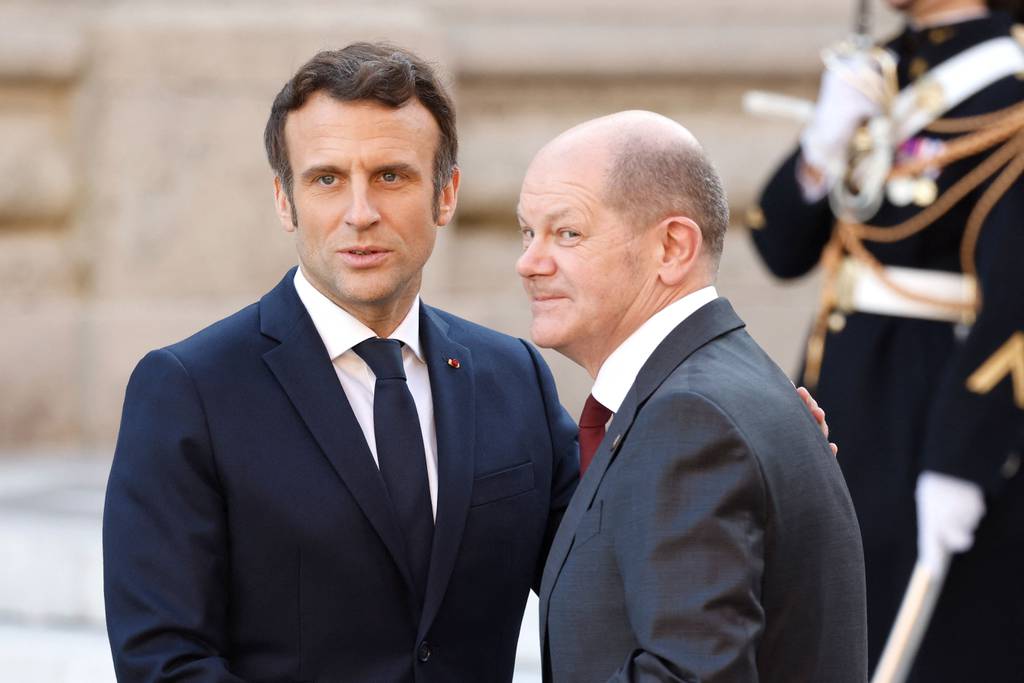 ROME — The billions of euros in additional defense spending promised by European governments after Russia’s invasion of Ukraine have made the German phrase “Zeitenwende,” referencing a turning point for a more muscular military posture, look like an understatement.

Germany announced it will spend an extra 100 billion euros on armaments over five to 10 years, while even the Italian parliament — traditionally dubious about defense — backed a vote to push Italian spending to 2% of GDP, making clear just how fast things are moving.

The talk of extra cash has come with bold statements about shared new programs and industry cooperation — a logical corollary of the newfound military vigor on the continent.

But experts are cautious, warning the exact opposite may happen as nations worry about protecting their own, strategic defense industries in a time of war and focus the funds on domestic programs, draining resources from European initiatives and delaying, rather than accelerating, a coherent European defense capability.

The drive to quickly plug capability holes also could skew the trans-Atlantic defense market in favor of readily-available U.S. weapons, undermining the objective of nurturing a European industrial ecosystem capable of underwriting the bloc’s political ambitions.

More cash may mean less, not more, Europe — or as one analyst put it: “European defense might be about to die of indigestion.”

The dynamic is not lost on key decision makers in Brussels, where EU military acquisition chiefs took stock of the way ahead at the European Defense Agency headquarters earlier this month.

Jiří Šedivý, the agency’s chief executive, finds himself beating the drum of spending coordination ever louder. “Quick decisions should not mean hasty and thoughtless decisions,” he said. “On the contrary: We need to spend more wisely.

At the same time, Šedivý acknowledged there is a place for fast fixes, as Europeans come to terms with a Russian regime bent on restoring a Soviet-style zone of influence in the continent’s east. “Let’s be realistic,” he told Defense News. “At this specific moment a lot will have to be bought off-the-shelf, including from the United States.”

While there should be a preference for European-made equipment, ideally developed through multinational cooperation, Šedivý argued acquisitions from outside the bloc should at least be “done together, in coordination.”

In short, European states must take a deep breath before going on spending sprees, said Ester Sabatino, a research analyst with International Institute for Strategic Studies’ office in Berlin. “They need to sit down and have a discussion about balancing local industry and quick purchases against the EU becoming a global defense player and halting centrifugal forces pulling member states apart,” she said.

Europe’s leaders have continued to push cooperation this month, and some analysts believe the bloc by now has instituted sufficient guardrails prizing coordinated spending.

For example, EU leaders meeting in Versailles on March 11 called for more “collaborative investments in joint projects and joint procurement of defense capabilities.

But Italian analyst Michele Nones warned that in a time of war, governments are more likely to buy new kit fast, and spend it on their home industries — tendencies that would not favor multi-national programs.

“Why not create a joint European procurement fund built on the fresh funds being provided now?” he asked. “Why should that be a taboo? After all, no one thought there would be a land war in Europe — there are no more taboos.”

A rash of quick purchases of current products from domestic industries would slow down future moves towards commonality, Nones added. “There are joint EU research and development programs, but when they come to fruition, who will buy those products if they have stocked up in the meantime?” he said.

Member states have several programs underway, like the Eurodrone or a new main battle tank, that will take years to come to fruition, but for which weapons exist on the global market that could reasonably fit urgent needs today.

Additionally, companies will feel less of a need to look for cross-border mergers and joint ventures if their home governments are keeping the orders coming, argued Nones. And with fewer mergers, governments will be less inclined to consider multi-national orders.

“Mergers occur in times of crisis, not when budgets are expanding,” he said.

In France, strong support for the country’s national defense and technological base is expected to continue, with Paris likely to use a portion of new spending to build partnerships with non-traditional partners and tech start-ups, according to analyst Simona Soare, also of the IISS think tank’s Berlin office.

But while national military priorities will remain a priority, French President Emanuel Macron has used France’s six-month tenure as president of the European Union Council to push for a more unified defense strategy and spending across the alliance, she noted.

To that end, the European Defense Agency picked up a key tasking at the EU’s Versailles confab earlier this month: an analysis of defense investment gaps and additional initiatives “necessary to strengthen the European defense industrial and technological base,” according to the summit’s final declaration.

The study is due in mid-May.

Vivienne Machi in Stuttgart, Germany, and Sebastian Sprenger in Washington contributed to this report.

Tom Kington is the Italy correspondent for Defense News.