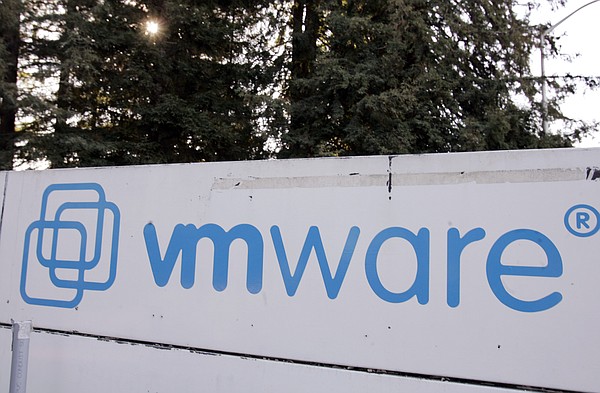 Computer chip and software maker Broadcom will spend about $61 billion to acquire the cloud technology company VMware, one of the biggest deals of the year despite an environment of rising inflation and economic uncertainty.

The proposed deal comes just weeks after billionaire and Tesla CEO Elon Musk offered to spend $44 billion on Twitter, and it is second in size this year only to Microsoft’s nearly $70 billion acquisition of Activision Blizzard, the maker of Candy Crush and Call of Duty.

The buyouts are occurring at a time of heightened anxiety because of turmoil on the global supply chain, war in Europe and rising prices that have the potential to cool both business and consumer activity.

But that uncertainty has also created opportunities for companies like Broadcom. The tech-heavy Nasdaq has tumbled more than 26% this year. In one day this week, social media companies had about $130 billion in market value erased over rising questions about advertiser spending.

With the perceived value of tech companies on the decline, at least for now, more buyouts could be on the way with targeted companies appearing relatively cheap.

And Broadcom CEO Hock Tan has been among the most aggressive buyers, building out the company with big acquisitions in recent years like Symantec for close to $11 billion in 2019, and CA Technologies for about $19 billion the previous year.

Broadcom wants to establish a stronger foothold in the cloud computing market and VMware’s technology allows large corporations to blend public cloud access with internal company networks. VMware has close relations with every major cloud company and provider, including Amazon, Google and Microsoft.

“VMware’s platform and Broadcom’s infrastructure software solutions address different but important enterprise needs, and the combined company will be able to serve them more effectively and securely,” Tom Krause, president of the Broadcom Software Group, said in a prepared statement Thursday.

The Broadcom Software Group will rebrand and operate as VMware once the transaction closes. The cash-and-stock deal also includes $8 billion of VMware net debt.

Under the proposed offer, VMware shareholders can choose to receive either $142.50 in cash or 0.2520 shares of Broadcom common stock for each VMware share.

VMware is already among the moving parts of the tech sector this year, with Dell Technologies Inc. spinning off its 81% equity stake in company only about six months ago. Michael Dell is still VMware’s chairman and he owns 40.2% of the company’s outstanding shares.

“If Broadcom plans to enter the enterprise software market it could be a boon into a new area that it doesn’t have much presence for outside of CA Technologies,” wrote Tracy Woo, senior analyst with Forrester Research. “It could extract some functionality from VMware’s portfolio to pad CA’s product capabilities.”

Dell and Silver Lake, which owns 10% of VMware’s outstanding stock, have signed support agreements to vote in favor of the transaction, as long as VMware’s board continues to recommend the proposed deal.

The transaction includes a “go-shop” provision, so VMware is allowed to actively solicit, receive, evaluate and potentially enter negotiations with parties that offer alternative proposals during a 40-day period.

To help finance the transaction, Broadcom has obtained commitments from a consortium of banks for $32 billion in new, fully committed debt financing.

The boards of both California companies have approved the deal, which is expected to be completed in Broadcom’s fiscal year 2023. It still needs approval from VMware shareholders.