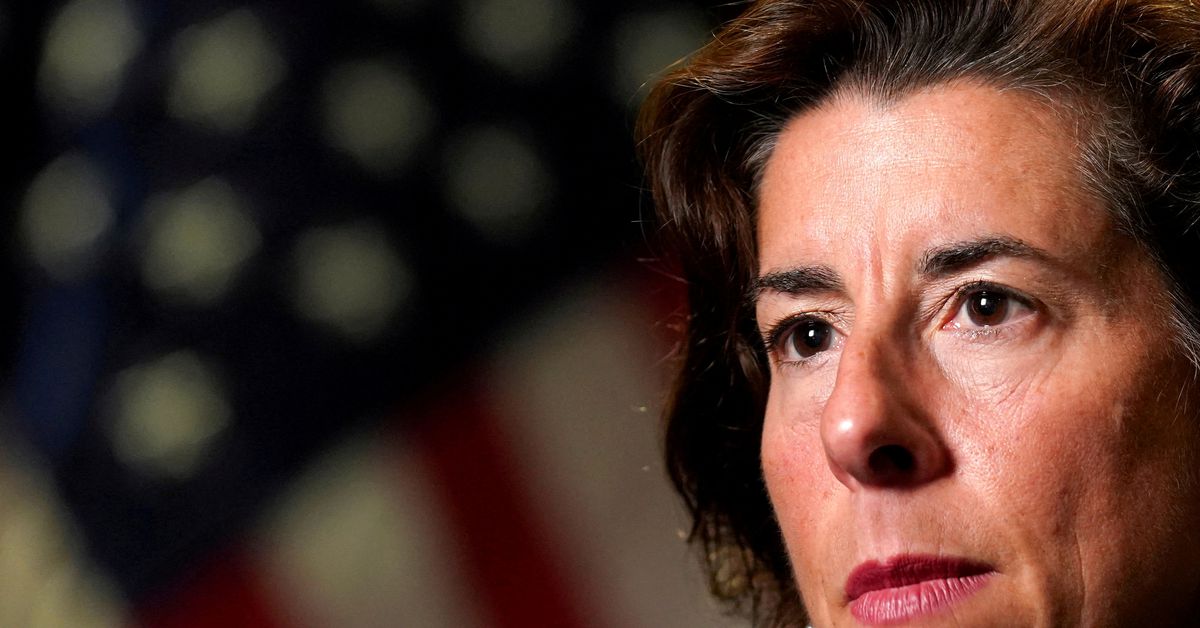 U.S. Commerce Secretary Gina Raimondo listens to a question during an interview with Reuters at the Department of Commerce in Washington U.S., September 23, 2021. REUTERS/Kevin Lamarque

WASHINGTON, Dec 22 (Reuters) – Critics of tech giants like Alphabet’s (GOOGL.O) Google pressed Commerce Secretary Gina Raimondo for a January meeting after she expressed concern about proposed legislation in Europe aimed at reining in the U.S. platforms.

Yelp (YELP.N), the News Media Alliance, REX and others signed a letter dated Tuesday which asked for a meeting the week of January 10-14 after Raimondo said in early December that the administration was closely watching the Digital Services Act and the Digital Markets Act being considered by Europe.

“We have serious concerns that these proposals will disproportionately impact U.S.-based tech firms and their ability to adequately serve EU customers and uphold security and privacy standards,” she said.

The DSA would force Google, Amazon , Apple (AAPL.O) and Facebook owner Meta (FB.O) to do more to tackle illegal content on their platforms or risk fines up to 6% of global turnover. The DMA sets out a list of dos and don’ts for U.S. tech giants designated as online gatekeepers with fines up to 10% of global turnover for violations, a global first.

In the letter, the eight companies said that many U.S. companies supported the rules.

“US companies have repeatedly raised concerns about the anti-competitive conduct of those dominant internet platforms and have provided evidence to European policy makers in the drafting of the EU legislative proposals,” they wrote.

“We hope that, moving forward, you work to advance the interests of all US companies and of US consumers when interacting with our transatlantic partners,” they wrote.

The Commerce Department said in a statement that Raimondo supports the goals of the legislation and would continue speaking to European partners about it. “In the video, Secretary Raimondo clearly referred to the long-standing practice of the U.S. government to consult with partners to ensure that their laws don’t discriminatorily target US firms,” the department said.

The letter was signed by Yelp, Felt, Genius, REX