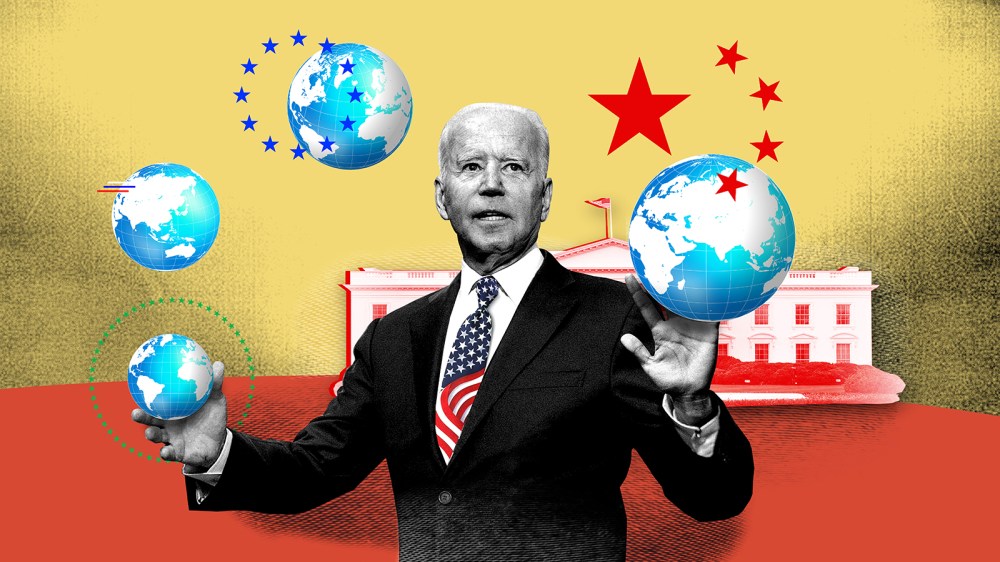 By Kevin Rudd, president of the Asia Society and former Australian prime minister

When U.S. President Joe Biden entered office, some in Beijing assumed the new administration would move quickly to “reset” U.S.-China relations, scale back trade tariffs, and reduce sanctions imposed over the course of former U.S. President Donald Trump’s administration. They were soon disappointed.

The Biden administration’s Asia policy team rejected Chinese invitations to resume a high-level strategic dialogue and retained virtually the entire sweep of Trump-era restrictions. At the same time, the White House has been driving a comprehensive review of U.S.-China strategy spanning the full spectrum of diplomatic, security, trade, and technology policy. That review should be completed in the fall.

But at the broadest level, the Biden administration has accepted that the concept of “strategic competition”—embraced by the Trump administration—remains the defining framework for the relationship. But within this approach, the Biden team has sought to restabilize the relationship and channel competition into precise forms rather than continue the roller coaster ride of the previous four years. This effort is best summarized by U.S. Secretary of State Antony Blinken’s statement that the U.S. approach toward Beijing aims to be “competitive when it should be, collaborative when it can be, and adversarial when it must be.”

As the administration’s China policy review nears completion, it will be critical to see how it now categorizes the various components of the U.S.-Chinese relationship: Which parts are for public rhetoric and declarations, which are delegated to the purely operational domain, and which will be determined by a substantive dialogue with Beijing? The answer to this question will influence the extent to which a more stable U.S.-China strategic framework can emerge in the medium-term future.

One major factor adding to this task’s complexity is the change in Beijing’s strategic thinking. Specifically, Beijing’s recent decision to punish Chinese technology company DiDi for its decision to move forward with a U.S. initial public offering signals Chinese President Xi Jinping has concluded a broader financial decoupling from the United States is an acceptable—and perhaps inevitable—consequence of strategic competition. It also reinforces his long-standing quest to make China a “self-reliant” economy in the face of growing U.S. pressure.

In other words, Xi is beginning to signal China is willing to walk away from significant economic components of the U.S. relationship because it wishes to be less vulnerable to U.S. economic, financial, and technological leverage. This differs from a number of U.S. assumptions that decoupling is largely a policy choice lying in Western hands alone. Xi may instead be signaling that China will cut U.S. connections of its own accord, become more self-reliant, and begin to accelerate its economic engagement with Europe and other regions of the world through a more accommodating trade and investment policy than in the past.

This points to the key missing component in U.S.-China strategy to date: trade and the economy. A protectionist Washington has refused to acknowledge that so far. Put bluntly, the United States cannot prevail in its strategic competition with China unless it opens its markets fully and reciprocally to the rest of Asia, Europe, and beyond, providing current and future friends and allies with an alternative to the great Chinese global economic juggernaut. That’s why much of the world hasn’t yet followed Washington on China—and continues to hedge.