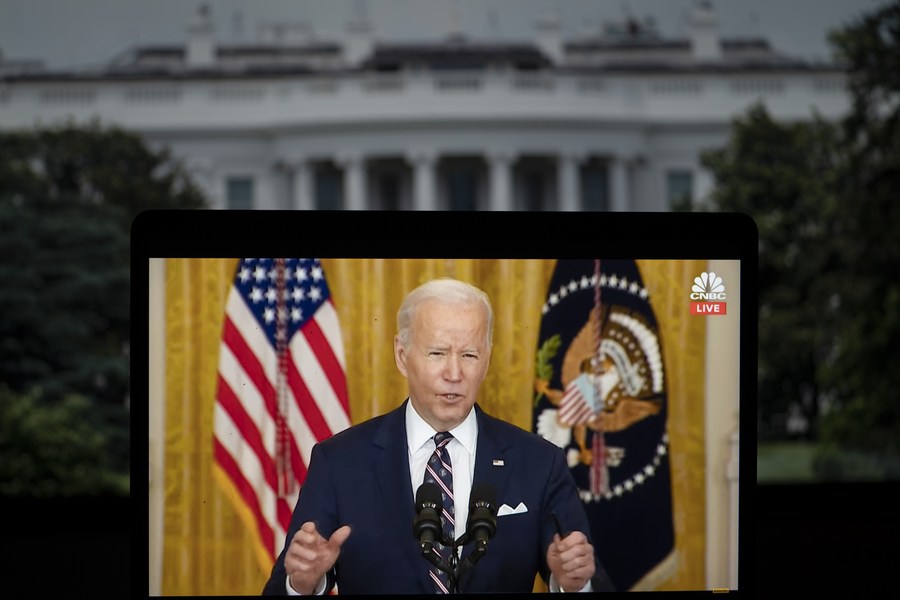 President Joe Biden said the new measures will target major Russian banks, limit the country’s “ability to do business in dollars, euros, pounds, and yen,” and curtail Moscow’s high-tech imports and its ability to upgrade the military.

WASHINGTON, Feb. 24 (Xinhua) — U.S. President Joe Biden announced on Thursday additional sanctions against Russia and the deployment of more troops to Europe as conflicts in Ukraine continue to evolve.

Speaking from the East Room of the White House, Biden said the new measures will target major Russian banks, limit the country’s “ability to do business in dollars, euros, pounds, and yen,” and curtail Moscow’s high-tech imports and its ability to upgrade the military.

The U.S. president said he had authorized “deployment of ground and air forces stationed in Europe to the eastern flank,” as well as “additional U.S. force capabilities to deploy to Germany” as part of the response of the North Atlantic Treaty Organization (NATO).

“Our forces are not and will not be engaged in the conflict with Russia in Ukraine, our forces are not going to Europe to fight in Ukraine but defend our NATO allies and reassure those allies in the east,” he reiterated, adding that NATO will convene a summit “tomorrow.”

A senior U.S. defense official said in a statement on Thursday afternoon that the Pentagon had ordered the deployment to Europe of approximately 7,000 additional service members and that they are expected to “depart in the coming days.” 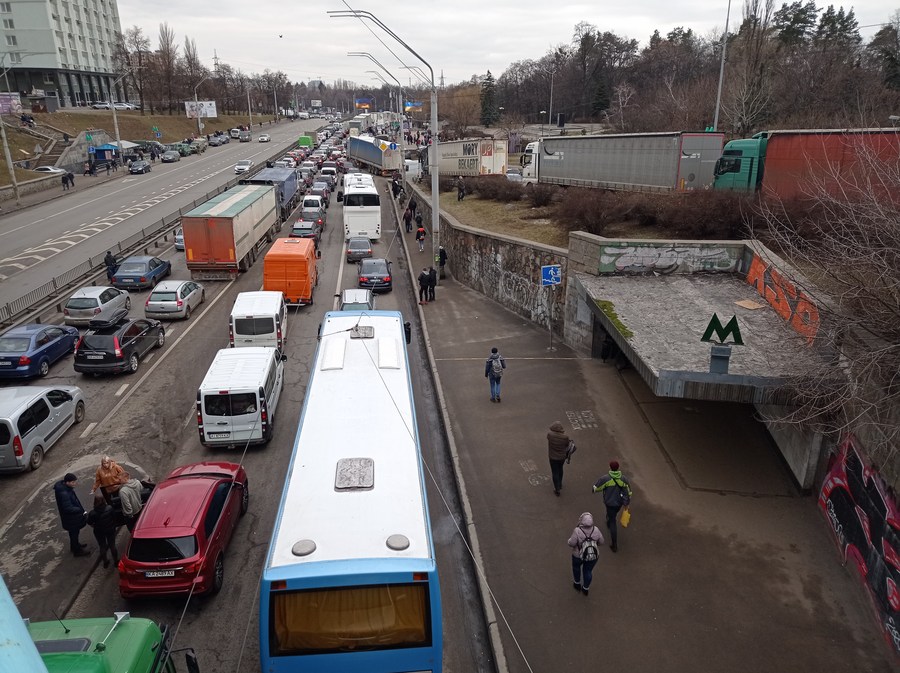 Photo taken on Feb. 24, 2022 shows long lines of vehicles heading out of the city of Kiev, Ukraine. (Photo by Sergey Starostenko/Xinhua)

The troops, the official added, will deploy to Germany to reassure NATO allies, “deter” Russia’s military operations and be prepared to support a range of requirements in the region.

Biden also addressed concerns that oil prices may further go up as a result of U.S. sanctions against Russia.

“We’ve been coordinating with major oil-producing and consuming countries toward our common interest to secure global energy supplies,” he said. “The United States will release additional barrels of oil as conditions warrant.”

The announcement was made hours after leaders of the Group of Seven (G7) countries met virtually to coordinate their responses to Russia’s military actions in Ukraine.

Biden tweeted he and his G7 counterparts had agreed to move forward on what he called “devastating packages of sanctions and other economic measures” against Russia.

Earlier on Thursday, Biden convened a meeting of the National Security Council in the White House Situation Room to discuss the latest developments in Ukraine. 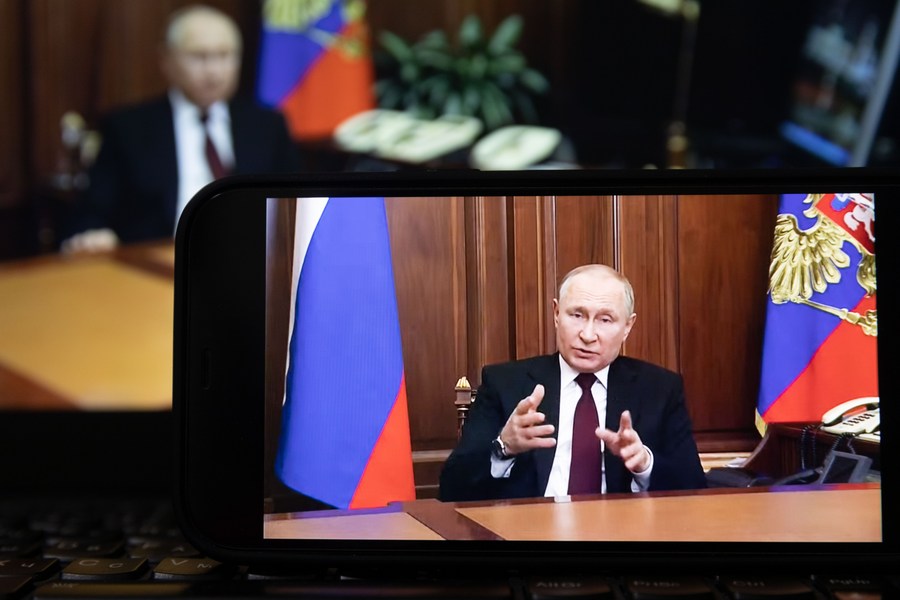 Russian President Vladimir Putin authorized “a special military operation” in Donbass on Thursday and Ukraine confirmed that military targets across the country were under attack.

In a televised speech, Putin said the “plans do not include the occupation of Ukrainian territories” and that Russia is “not going to impose anything on anyone by force.”

Russia’s move, he explained, is in response to “fundamental threats” of NATO which has expanded to eastern Europe and brought its military infrastructure closer to Russian borders.