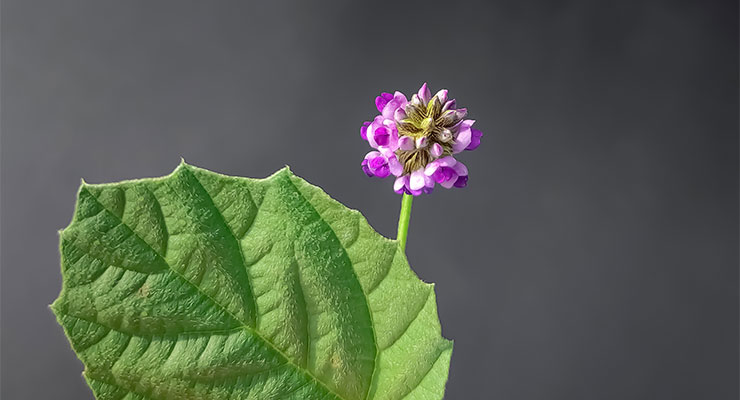 Clean beauty does not have a long history. Like any business, it is built to make money. That’s why brands are racing to discover the next natural “it” ingredient that is pure, safe, effective and will ultimately convince customers to try their skin care formulas. Right now, that ingredient is bakuchiol.

Bakuchiol is a meroterpene which is derived from the seed pods of the plant Psorlea corylifolia. It is used extensively in some Asian countries, in particular Ayurvedic medicine in India, to treat a variety of diseases. The marketing behind products containing bakuchiol strongly implies that it is basically identical to retinol—it is not. According to Mary Sheu MD, assistant professor of dermatology at the Johns Hopkins University School of Medicine, bakuchiol is completely different, both structurally and chemically. Sure, the two molecules behave similarly in cosmetic applications, but that does not mean they are the same.

Retinol is one of the major forms of vitamin A that the body absorbs from animal products. This means that bakuchiol products have the potential to be vegan and/or cruelty-free, which is not always the case for OTC retinol products. Bakuchiol is so new, there is not much clinical research on its efficacy and side effects.

Two recent clinical studies produced data on the bakuchiol’s supposed anti-aging effects, both on its own, and in comparison to retinol. In the first study, published in the International Journal of Cosmetic Science in 2014, Researchers used synthetic skin and collagen cell cultures to test the anti-aging effects of bakuchiol. Their results showed that bakuchiol had very similar gene expression and collagen regulation properties to retinol, in fake skin and disembodied cells. To get an idea of how bakuchiol performed in real life, they also had 16 participants apply a 0.5% bakuchiol product twice a day for 12 weeks. Participants reported improvements in every category compared to their baseline, not a placebo treatment. There were improvements in fine lines and wrinkles, roughness, dryness and elasticity among others. In addition, participants did not report the usual side effects associated with retinol; such as irritation and dry, flaking skin.

Four years later, in 2018, a clinical study published in the British Academy of Dermatology took things one step further. It pitted bakuchiol and retinol against each other in a 12-week, double-blind clinical trial on human subjects.

For the double-blind study, 44 participants received either a twice-daily 0.5% bakuchiol product or a once-daily 0.5% retinol product, and their progress was evaluated by a dermatologist. Both groups saw improvements in hyperpigmentation, wrinkles and redness. There was no statistically significant difference between their results, which suggests that, using bakuchiol twice a day is as effective as using retinol once a day. Furthermore, the bakuchiol group reported less skin scaling and flaking than the retinol group. At least one study has looked at bakuchiol in combination with other anti-aging ingredients like antioxidants, but as a stand-alone ingredient, best and only data came from these two clinical studies. Taken together, these studies suggest that bakuchiol may be functionally comparable to retinol and, possibly, a bit gentler.

However, according to Dermatologist Olga Bunimovich, an assistant professor at the University of Pittsburgh Medical Center, for now, we only know how bakuchiol stacks up to retinol, not any other retinoids.1 They are not comparing it to tretinoin.

Dermatologists have come to a consensus on at least one viable solution for delaying the aging process. “Retinol is the holy grail,” according to Dermatologist Mona Gohara, an associate clinical professor of dermatology at Yale University. She says retinol, a vitamin A derivative, is known for increasing collagen production and reducing collagen breakdown. Unfortunately, it is also known for undesirable outcomes, such as peeling, dryness, redness, and the fact that it’s classified by FDA as a category C drug, which carries potential risks for expectant mothers.

Bakuchiol, a plant-based retinol alternative gaining traction in skin care circles. It has vitamin A’s benefits without the side effects according to Gohara. Clinically comparable to retinol, but with none of the irritation, bakuchiol is safe for most skin types. Furthermore, unlike retinol which breaks down in the sun, it can be worn during the day—a boon to new products from brands such as Herbivore Botanicals and Beautycounter.

Bakuchiol’s first commercial use in topical applications did not occur until 2007, when it was introduced to the market under the trade name Sytenol A, by Sytheon Ltd. While the early research is promising, Miami-based Dermatologist Leslie Baumann is not ready to abandon retinoids, which have been proven in dozens of studies to work. As Gohara notes, women want choices and now they have them; especially women with sensitive skin and those who are expecting, so it’s safe to use while pregnant or nursing.

Bakuchiol has no structural resemblance to retinol, yet it is becoming known as an effective option for photoaging and is a better-tolerated alternative to retinol. The evidence is weak compared to many of the standard skin care ingredients like alpha hydroxy acids and ascorbic acid.

Navin Geria, former Pfizer Research Fellow is a cosmetic and pharmaceutical product development chemist and the chief scientific officer of AyurDerm Technologies LLC, which provides Ayurvedic, natural and cosmeceutical custom formulation development and consulting services to the spa-wellness-dermatology industries. He has launched dozens of cosmeceutical and ayurvedic anti-aging products. Geria has more than 30 years of experience in the personal care industry and was previously with Clairol, Warner-Lambert, Schick-Energizer, Bristol-Myers and Spa Dermaceuticals. He has nearly 20 US patents and has been published extensively. Geria edited the Handbook of Skin-Aging Theories for Cosmetic Formulation Development focus book published in April 2016 by Harry’s Cosmeticology. He is a speaker, moderator and chairman at cosmetic industry events.