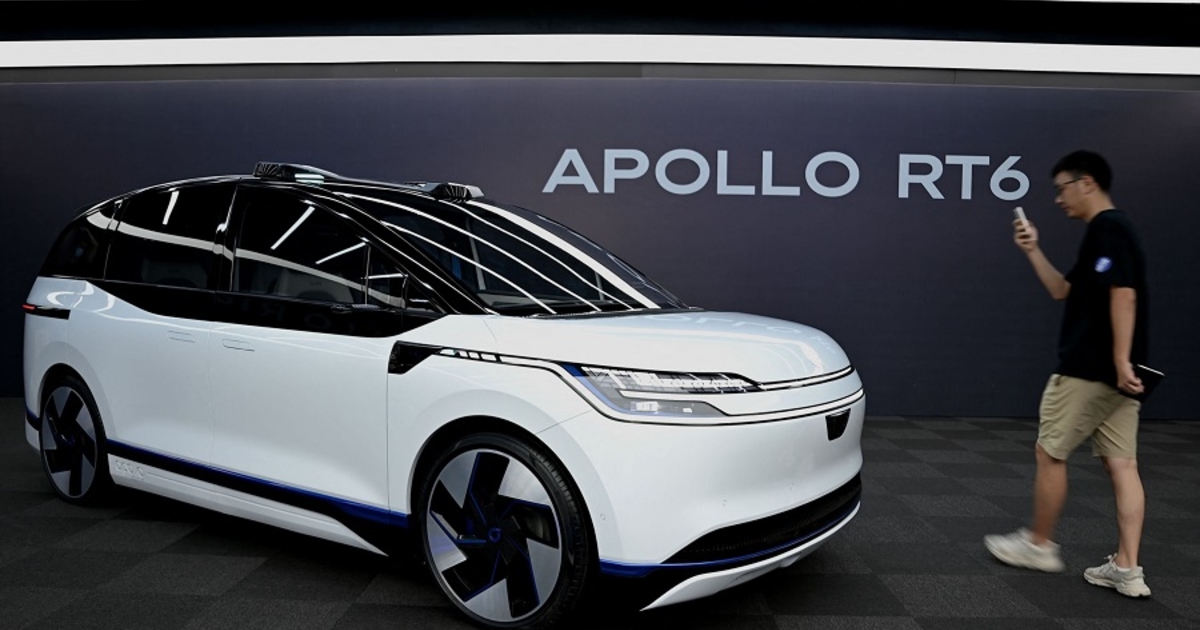 Baidu unveiled a new version of its self-driving robotaxi that it says costs nearly half as much to make as the previous model, opening the opportunity for cheaper travel.

Baidu aims to deploy the vehicle, which has a detachable steering wheel, on its riding-hailing service in 2023. The company said it plans to eventually deploy “tens of thousands” of the robotaxis.

“We are moving toward a future where taking a robotaxi will be half the cost of taking a taxi today,” Baidu co-founder and CEO Robin Li said.

Beijing-based Baidu is expanding beyond internet advertising with its push into artificial intelligence technology and autonomous driving, making it less of a target in China’s crackdown on technology firms such as Alibaba Group and Tencent Holdings.

Baidu’s ride-hailing platform Apollo Go, which was established in 2017, deploys 300 driverless cars in major Chinese cities including Shanghai and Beijing, and may become profitable in some regions in three years, company Vice President Wei Dong told Bloomberg News in April.

The Apollo RT6 has autonomous Level 4 capabilities that need no human intervention, with 8 lidars and 12 cameras alongside the car. Lidars are detection systems, similar to radars, which use pulsed laser light rather than radio waves

The vehicle has a projected operating cycle of more than five years, a Baidu spokeswoman said, adding that the company’s self-developed technology and low-cost sensors helped reduce production costs.

The company did not disclose the manufacturer for the model.

The Apollo RT6 will hit the roads without a steering wheel once Chinese authorities approve it, said Baidu Senior Vice President Li Zhenyu, adding that its driving capability can match a skilled human driver with over 20 years of experience.

Baidu is among a number of companies in China striving to make mainstream use of autonomous vehicles a reality. Its rivals in this area include Pony.ai, backed by Toyota and WeRide, which has received investment from Nissan and Guangzhou Automobile Group.

Tesla CEO Elon Musk said in a conference with investors in April that the company aims to start mass production of its robotaxi without a steering wheel or pedals in 2024, and predicted that a robotaxi ride will cost less than a bus ticket.

Alphabet’s Waymo also unveiled a robotaxi without a steering wheel last year, saying it planned to roll out its “fully autonomous vehicles” in the U.S. in the coming years.

However, automakers and tech companies are still waiting for nods from regulators to deploy such vehicles in the real world..