Recently, AWS announced the release of a managed file storage service Amazon FSx for OpenZFS, the newest addition to the Amazon FSx family. It is one of the four new storage services the company announced at AWS re:Invent aimed at delivering more choice, reducing costs, and helping customers better protect their data. 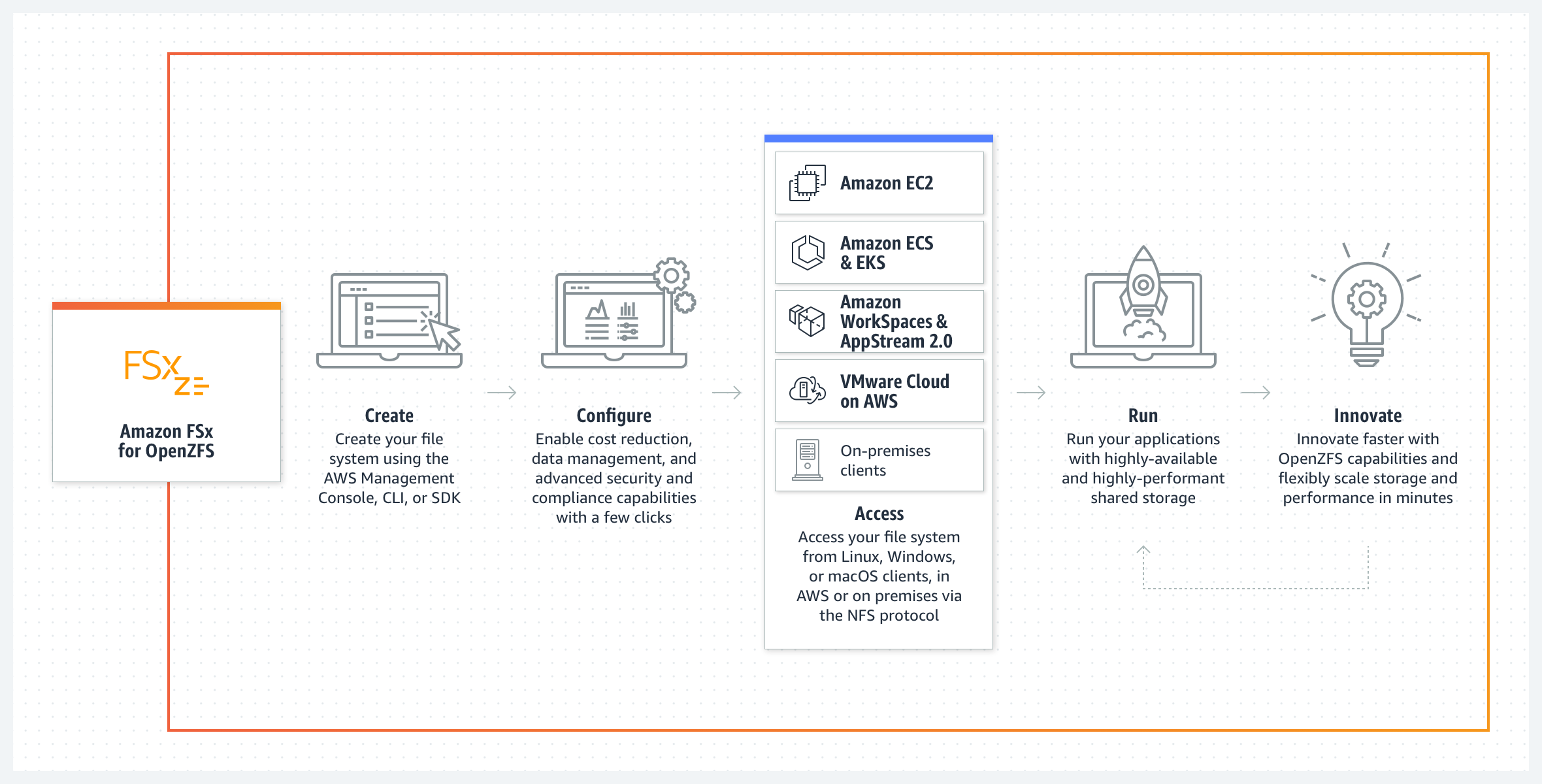 Amazon FSx for OpenZFS is powered by the AWS Graviton family processors and AWS SRD (Scalable Reliable Datagram) Networking. In addition, it can deliver up to 1 million IOPS with latencies of 100-200 microseconds and up to 4 GB/second of uncompressed throughput, up to 12 GB/second of compressed throughput, and up to 12.5 GB/second throughput to cached data. And finally, it also supports advanced NFS performance features such as session trunking and NFS delegation.

A respondent on a Hacker News thread stated the following of Amazon FSx for OpenZFS comparing it to another Amazon Service Amazon Elastic File System:

Compression and snapshots indeed are the largest improvements I see, as well as an order-of-magnitude higher performance. If your applications already rely on ZFS snapshots, filesystems, quotas, reservations, compression, etc. – this is a pretty huge release as it appears to enable a convenient multi-reader workflow without significant administration headaches.

Users can create an OpenZFS file system using the AWS Management Console, CLI, APIs, or AWS CloudFormation. For instance, in the console, they can, through the select a file system type, choose Amazon FSx for OpenZFS and subsequently start configuring and finally mount it to a client.

In an AWS news blog Amazon FSx for OpenZFS, chief evangelist Jeff Barr outlined the use-cases for the storage service:

You can use FSx for OpenZFS to address your highly demanding machine learning, EDA (Electronic Design Automation), media processing, financial analytics, code repository, DevOps, and web content management workloads. With performance that is close to local storage, FSx for OpenZFS is great for these and other latency-sensitive workloads that manipulate and sequentially access many small files.

Currently, Amazon FSx for OpenZFS is available in the following AWS Regions: US East (N. Virginia), US West (Oregon), US East (Ohio), Europe (Ireland), Asia Pacific (Tokyo), Europe (Frankfurt), and Canada (Central). More details on the product are available on the documentation page, and pricing details can be found on the pricing page.