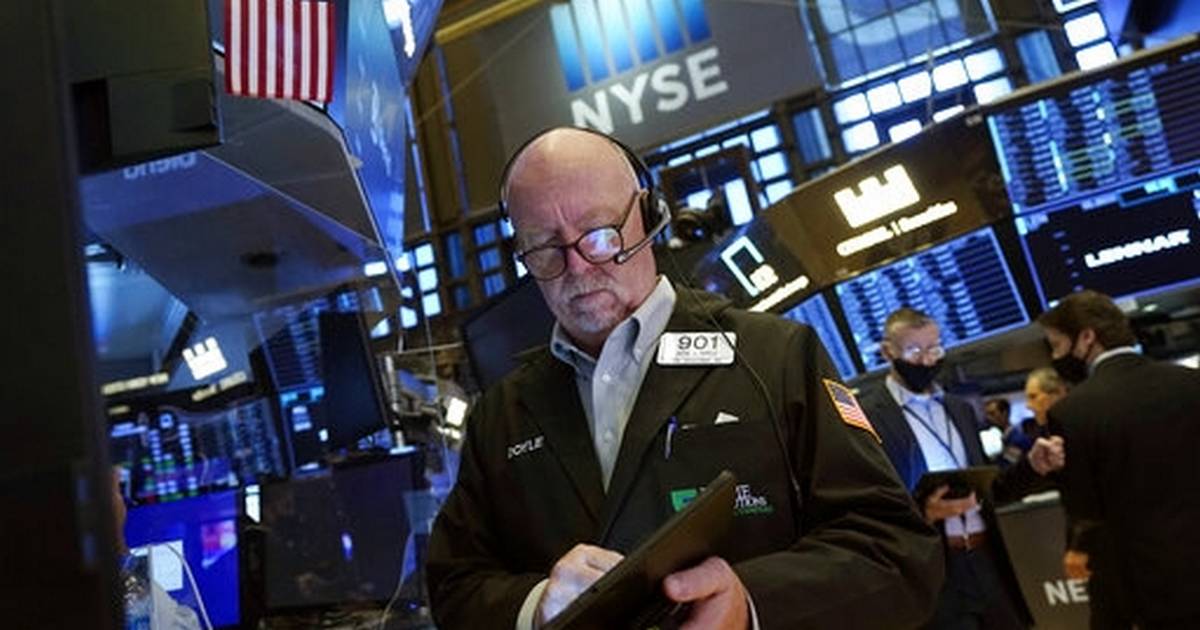 Wall Street ended a milestone-setting week on a down note Friday, as stocks closed lower and the S&P 500 index posted its first weekly loss in four weeks.

The benchmark index fell 0.8%, with a good part of its pullback attributable to declines in big technology stocks, banks and companies that rely on consumer spending. Energy and industrial stocks also helped drag the market down, outweighing gains in health care and utilities companies.

Small-company stocks continued to badly lag the rest of the market. Treasury yields remained relatively low, a sign of caution among investors. The yield on the 10-year Treasury note held steady at 1.29%, well below the 1.75% it fetched in late March.

‘œSome of what’s been reflected in the bond market is starting to filter into the (stock) market just a little bit,’� said Stephanie Roth, senior markets economist at J.P. Morgan Private Bank.

Moderna rose 10.3% after the drugmaker was added to the S&P 500 index, prompting a rush of buying from fund managers who need to keep a portfolio of stocks that replicate the index.

Trading was choppy this week after the three major stock indexes set all-time highs on Monday. The downbeat end to the week suggests investors are uncertain about how strongly the economic recovery will be in the second half of the year. Inflation is raging, many of the U.S. government’s pandemic relief efforts are fading and the Federal Reserve is starting to discuss reining in some of its support for the economy.

Investors are also anxious that the spread of new variants of the coronavirus could weaken economies around the world.

‘œCovid is probably one of the bigger uncertainties out there,’� Roth said. “We do have to price in some chance that it becomes a bigger headwind than we think.’�

On Thursday, Federal Reserve Chair Jerome Powell delivered his second day of testimony before Congress. Powell reiterated that signs of inflation should ease or reverse over time, while acknowledging that the U.S. is in the midst of an unparalleled economic reopening on the heels of a pandemic-induced recession.

Investors got a bit of positive economic news Friday. Americans spent more last month on clothing, electronics and dining out as the economy opened up and there were fewer pandemic-related restrictions.

U.S. retail sales rose a seasonally adjusted 0.6% in June from the month before, the U.S. Commerce Department said. The increase was a surprise to Wall Street analysts, who had expected sales to fall slightly last month.

Banks, airlines and other major companies kicked off the latest round of quarterly report cards this week. The reports have been mostly solid, though investors are still trying to gauge how corporations are faring during the recovery and how they might perform for the rest of the year.

The bulk of companies in the S&P 500 will report their results next week and the following week. Expectations are high, with profits in the S&P 500 expected to be up 64% from a year earlier, according to FactSet.