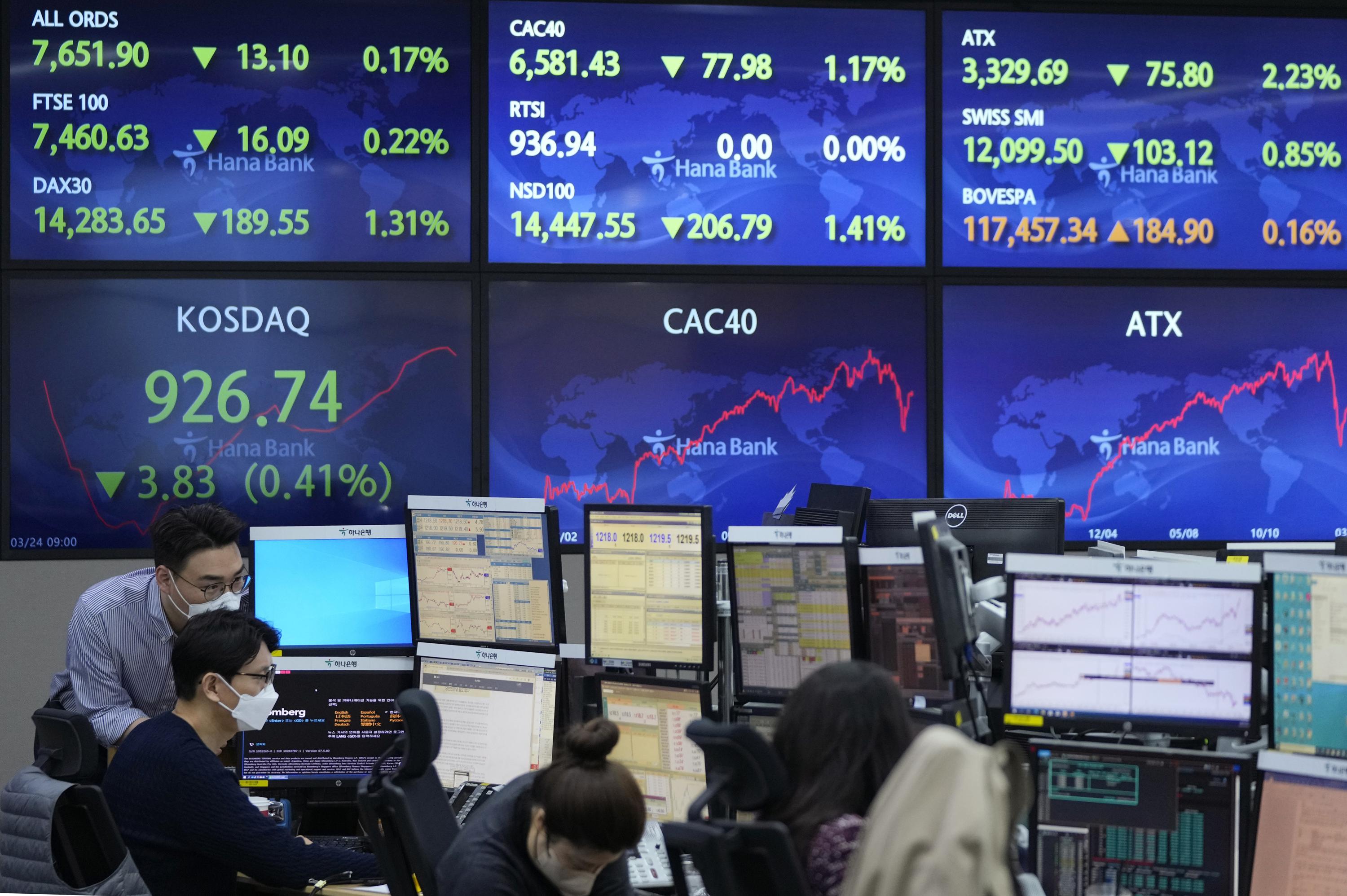 After a rally last week, markets have been up and down this week as investors weigh concerns about rising inflation and slower economic growth.

Investors are watching to see the outcome of meetings of NATO and a European leaders summit Thursday, where President Joe Biden will huddle with key allies to discuss imposing punishing new sanctions on Russia; and dealing with the extraordinary humanitarian crisis due to its invasion of Ukraine and working on a consensus on how to respond if Russia were to launch a cyber, chemical or even nuclear attack.

The attack on Ukraine has pushed already surging energy and other commodity prices even higher.

“Pressure points are building again with oil back on the boil, resulting in stagflation weighing on sentiment again,” Stephen Innes of SPI Asset Management said in a commentary.

The U.S. Trade Representative’s office on Wednesday reinstated exemptions for some Chinese exports to tariff hikes imposed during a fight with Beijing over its trade tactics. The exemptions, which expired earlier, apply to goods including breast pumps, swimming pool vacuum cleaners, electric motors and industrial components.

Energy stocks rose as crude oil prices climbed more than 5%. Hess rose 4.6% for the biggest gain in the S&P 500.

Many of the higher costs incurred by businesses have been passed on to consumers and higher prices for food, clothing and other goods could lead them to cut spending, resulting in slower economic growth. Central banks have been reacting by raising interest rates to try and counter the impact from inflation.

Bond yields have been rising overall as the market prepares for higher interest rates, but they eased back Wednesday. The yield on the 10-year Treasury fell to 2.33% from 2.37% from Tuesday.

Investors are preparing for the latest round of corporate earnings as the quarter comes to a close. Some companies are already giving updates.

Homebuilders fell sharply after the government reported that sales of new U.S. homes fell 2% in February from a downwardly revised sales total in January. While the number of resale homes on the market remains near record lows, favoring new homes, The decline comes as mortgage rates have been rising.