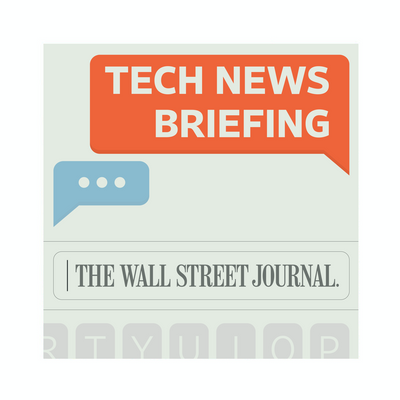 This transcript was prepared by a transcription service. This version may not be in its final form and may be updated.

Zoe Thomas: This is your Tech News Briefing for Friday, July 9th. I’m Zoe Thomas for The Wall Street Journal. Reaching for the stars. This weekend British billionaire Richard Branson hopes to head for space in a flight with his company Virgin Galactic. He’ll experience weightlessness for a few minutes before heading back down to earth. Just over a week later, Amazon founder, Jeff Bezos, plans to board a spacecraft of his own for a short trip with his company Blue Origin. Both men and their companies are looking to cement themselves as leaders in the space tourism industry. So what do their trips mean for this burgeoning sector? And when will the rest of us get a chance to go to space? Reporter Micah Maidenberg, who covers the business of space for The Wall Street Journal, joins us to discuss. That’s after these headlines.
More moves in the streaming wars. Streaming services are adding to their lineup in the face of growing competition. Netflix signed an exclusive multi-year deal with Shonda Rhimes, the producer behind smash hit Bridgerton. Rhimes, and her production company Shondaland, are expanding their relationship with Netflix beyond television, into films, gaming, merchandise, virtual reality, and live events.
Also adding to its streaming lineup, Amazon. The company signed a deal with Universal Pictures to show the studios movies on its Prime and IMDb TV services. New Universal releases will run on the company’s sister streaming service Peacock for four months before streaming on Prime.
Global auto making giant, Stellantis, is going big on electric vehicles. It plans to spend more than $35 billion expanding its EV lineup in the coming years. The company formed earlier this year through a merger of Fiat Chrysler and France’s PSA Group, plans to release electrified options under all 14 of its brands, including Jeep, Ram, and Peugeot. It also plans to set up five battery plants in Europe and North America.
And grocery delivery startup, Instacart, is under new leadership. It’s named Facebook veteran, Fidji Simo, as its new chief executive. Simo spent the last decade leading Facebook’s mobile and products teams. Her appointment comes as Instacart looks to expand its business and go public following a banner year of growth during the pandemic. Instacart’s current CEO and co-founder, Apoorva Mehta, will become executive chairman starting next month.
All right. Coming up, space tourism is about to take off. What will it mean for humanity’s cosmic dreams? We’ll discuss after the break. This Sunday, assuming no weather or technical issues, Richard Branson will join the first space flight with a full crew for company his Virgin Galactic. He announced the planned flight in a video released at the start of the month.

Richard Branson: I’ve always been a dreamer. My mum taught me to never give up and to reach for the stars. This July, our dream will become a reality.

Zoe Thomas: But Branson is not the only billionaire headed into space this month. Just nine days later, Amazon founder, Jeff Bezos, is set to join the first crewed mission for New Shepard, the reusable rocket built by his company Blue Origin. In announcing his trip, Bezos, also released a video explaining what the flight would mean to him.

Jeff Bezos: I want to go on this flight because it’s the thing I’ve wanted to do all my life. It’s an adventure. It’s a big deal for me.

Zoe Thomas: So aside from letting two billionaires live out their dreams, the launch of these flights and the developments made by the two companies behind them could have real implications for the future of space travel and space tourism. Joining us to discuss this is our reporter, Micah Maidenberg, who covers the business of space. So Micah, we’ve got two space flights coming up from two different companies with two different approaches to getting there. Virgin Galactic space flight is scheduled for Sunday, so let’s start with them. How does their spacecraft work?

Micah Maidenberg: So Virgin Galactic gets to space, in a sense it’s a two-part method. The company has a custom built high flying airplane that they attach their spacecraft to. The plane flies up to about 45,000 feet, at which point the craft releases and kind of rockets into space. Virgin Galactic said during their last flight they reached a little bit more than 55 miles above earth. And then after sort of spending a little time, a few minutes, at that altitude, the craft kind of comes back down to earth, sort of similar to how a badminton shuttlecock kind of feathers when it’s losing altitude. And then eventually the craft sort of glides in for a landing.

Zoe Thomas: All right. But Blue Origin took a different approach. What are they doing?

Micah Maidenberg: Right. Blue origin has a rocket. For the launch, they have scheduled on July 20th, and the vessel rockets into space and eventually a capsule, which is where the passengers will sit, detaches from the rocket and sort of gets above what is called the Kármán line, which is one sort of definition of space. Blue Origin’s rocket is reusable, so it travels back to the company’s space facility in West Texas, of course it’s meant to land there, and the capsule comes down underneath a parachute.

Zoe Thomas: If everything goes according to plan, Richard Branson goes into space nine days before Jeff Bezos. Is there some sort of rivalry here and does it help or hurt the industry?

Micah Maidenberg: Yeah, I mean, Blue Origin and Jeff Bezos sort of announced first that Mr. Bezos would be joining others going up on July 20th. And after that, after some regulatory sign off, Virgin Galactic came out and said, well, Richard Branson is going to be joining a flight on July 11th. Now I actually asked the company about this last week and they said, look, we’re doing it because we’re technically ready and it’s the right time. Is there a rivalry there? I would imagine many people would sort of see that rivalry. I think the companies also, or at least some analysts who follow the companies, sort of see efforts by both of them is kind of creating, sort of building interest in the industry.

Zoe Thomas: One other difference about these flights is who’s on them. Virgin Galactic is taking its founder, Richard Branson and other mission specialists. But Blue Origin is taking passengers, including Jeff Bezos, his brother Mark, and unnamed auction winner. And 82-year old would be astronaut, Wally Funk, who actually trained in the 1960s to go to space, but never got the chance. And I just want to play a clip of Mr. Bezos talking to Ms. Funk about the trip.

Jeff Bezos: You’re in zero gravity for four minutes, you come back down, we land gently on the desert surface. We open the hatch and you step outside. What’s the first thing you’ll say?

Wally Funk: I will say, honey, that was the best thing that ever happened to me (crosstalk).

Zoe Thomas: But beyond Wally Funk, what’s the significance of Blue Origin having passengers onboard?

Micah Maidenberg: I mean the biggest one is that this is their first human fight. Blue Origin doesn’t have a pilot on their rocket. That’s actually something else that’s important to note. Another difference between the two companies is that with Virgin Galactic, there’s a pilot taking the plane up and there’s a pilot controlling the craft that eventually goes into space. Whereas Blue Origin doesn’t have pilots sort of onboard. So this is their first human flight essentially. And that’s definitely a big deal, not just because of who the passengers are.

Zoe Thomas: Do we know anything about the pricing for these flights? I can imagine they’ll be a little cost prohibitive if you’re not a billionaire.

Micah Maidenberg: Virgin Galactic has not said what they’re going to price tickets at when they start selling them again. The company has collected deposits for future flights from folks worth $250,000 each. So it’s definitely not a cheap flight.

Zoe Thomas: And what about Blue Origin? What do we know about their ticket costs?

Micah Maidenberg: Blue Origin, as far as I know, has not disclosed what those costs could be.

Zoe Thomas: All right. So pricing is kind of unknown. What does that mean for when we can expect space tourism to become something a little more attainable for the rest of us?

Micah Maidenberg: Yeah, it’s a good question. Part of what’s happening with these two flights this month is these high-profile billionaire entrepreneurs are putting themselves behind their products. They’re going to experience what the companies that they founded have been working on for many years. And I think a lot of people observing the industry sort of see these fights as a bit of an inflection point that would shift the whole space tourism industry, which is not really quite an industry yet, but sort of a speculative idea that one day you could have people paying money to go to space the way they might pay to go on a cruise ship or something like that. But these fights are seen as kind of like a moment where that shift toward more consumer orientation is starting to occur. The thing is though it may be years before there’s sort of mass access to these kinds of trips.

Zoe Thomas: So if I can be super cheesy, it’s kind of one small step for an industry and one giant leap for two billionaires.

Micah Maidenberg: That’s definitely one way to look at it. Both Bezos and Branson have talked a lot about their dreams, longtime dreams, of going to space. What that means in terms of a space tourism industry, it’s hard to say, but it’s still, I think, a long way away from being something ubiquitous for most people.

Zoe Thomas: All right. That’s our reporter, Micah Maidenberg. Thanks for joining us, Micah.

Zoe Thomas: Well, that’s it for Tech News Briefing this week. You can always find more tech stories on our website, wsj.com. Our supervising producer is Chris Zinsli and our executive producer is Kateri Jochum. I’m your host, Zoe Thomas. Thanks for listening.