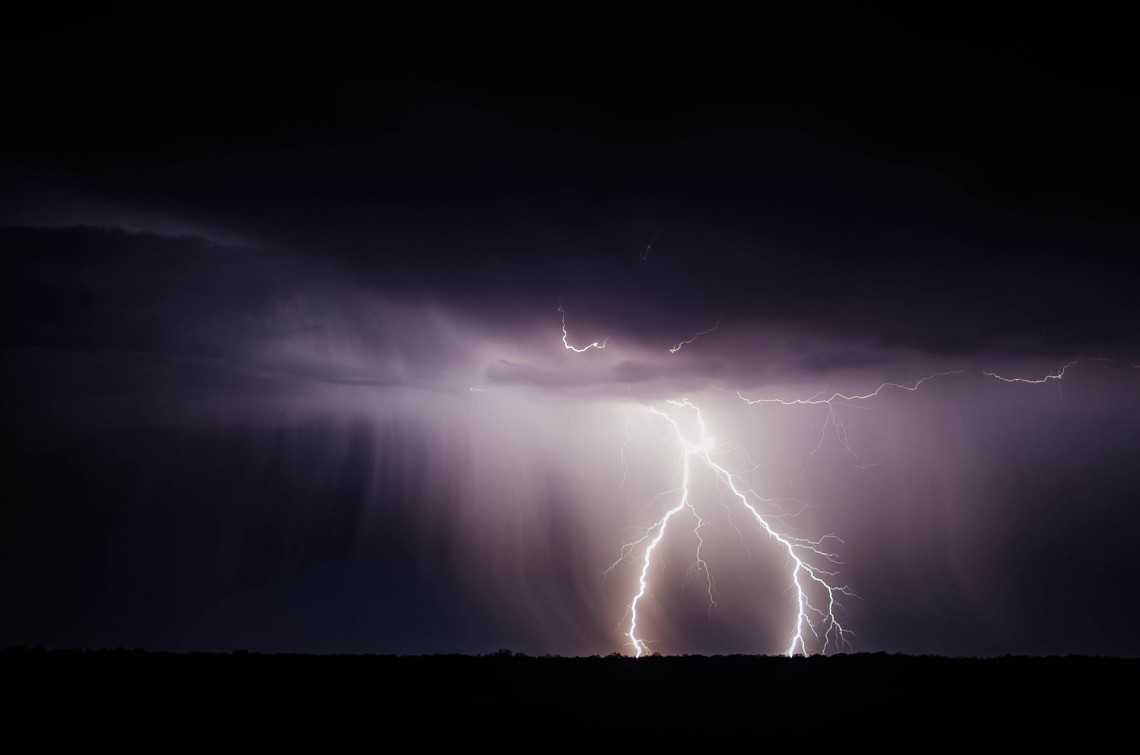 Lightning is one of the most destructive forces of nature, as in 2020 when it sparked the massive California Lightning Complex fires, but it remains hard to predict. A new study led by the University of Washington shows that machine learning — computer algorithms that improve themselves without direct programming by humans — can be used to improve lightning forecasts.

The new technique combines weather forecasts with a machine learning equation based on analyses of past lightning events. The hybrid method, presented Dec. 13 at the American Geophysical Union’s fall meeting, can forecast lightning over the southeastern U.S. two days earlier than the leading existing technique.

Researchers trained the system with lightning data from 2010 to 2016, letting the computer discover relationships between weather variables and lightning strokes. Then they tested the technique on weather from 2017 to 2019, comparing the AI-supported technique and an existing physics-based method, using actual lightning observations to evaluate both.

The new method was able to forecast lightning with the same skill about two days earlier than the leading technique in places, like the southeastern U.S., that get a lot of lightning. Because the method was trained on the entire U.S., its performance wasn’t as accurate for places where lightning is less common. 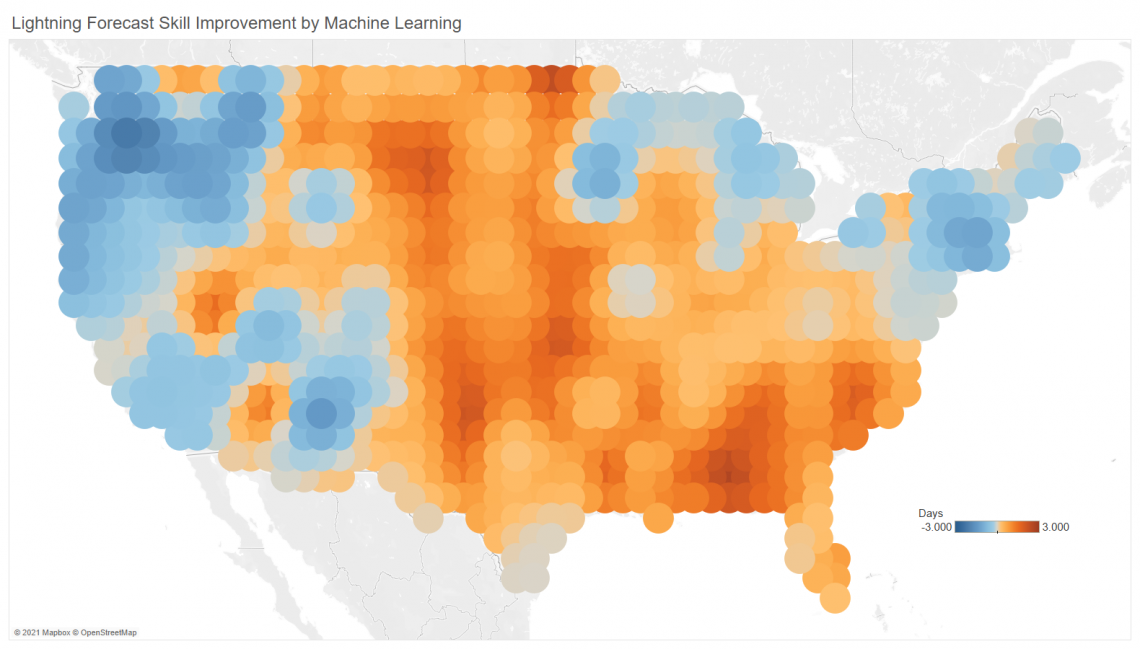 A comparison of the performance of the new, AI-supported method and the existing method for U.S. lightning forecasts. The AI-supported method was able to accurately forecast lightning on average two days earlier in places like the Southeast, where lightning is common. Because the method was trained on the entire U.S., it did less well in places where lightning is less common.Daehyun Kim/University of Washington. Map by Rebecca Gourley/University of Washington

The approach used for comparison was a recently developed technique to forecast lightning based on the amount of precipitation and the ascent speed of storm clouds. That method has projected more lightning with climate change and a continued increase in lightning over the Arctic.

“The existing method just multiplies two variables. That comes from a human’s idea, it’s simple. But it’s not necessarily the best way to use these two variables to predict lightning,” Kim said.

The machine learning was trained on lightning observations from the World Wide Lightning Location Network, a collaborative based at the UW that has tracked global lightning since 2008.

“Machine learning requires a lot of data — that’s one of the necessary conditions for a machine learning algorithm to do some valuable things,” Kim said. “Five years ago, this would not have been possible because we did not have enough data, even from WWLLN.”

“The key factors are the amount and the quality of the data, which are exactly what WWLLN can provide us,” Cheng said. “As machine learning techniques advance, having an accurate and reliable lightning observation dataset will be increasingly important.”

The researchers hope to improve their method using more data sources, more weather variables and more sophisticated techniques. They would like to improve predictions of particular situations like dry lightning, or lightning without rainfall, since these are especially dangerous for wildfires.

“In atmospheric sciences, as in other sciences, some people are still skeptical about the use of machine learning algorithms — because as scientists, we don’t trust something we don’t understand,” Kim said. “I was one of the skeptics, but after seeing the results in this and other studies, I am convinced.”

Other collaborators are Scott Henderson and Robert Holzworth at the UW, and Yoo-Geun Ham and Jeong-Hwan Kim at Chonnam National University in South Korea.