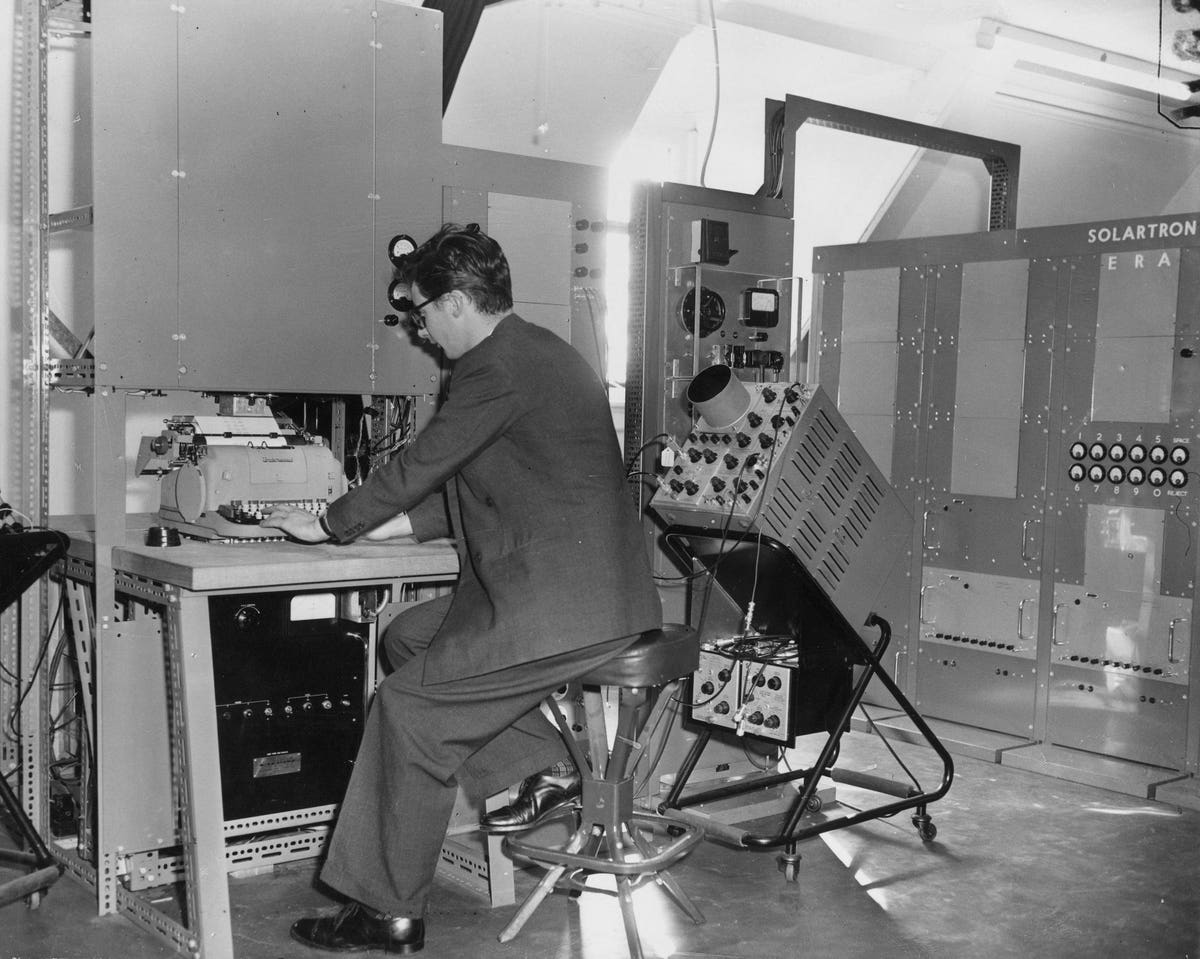 It’s axiomic among education reformers to say that public education in this country has been languishing unchanged for a century or so, and that personalized computer-algorithm-driven education technology is just the brand new unprecedented thing to awaken the sleeping institution from its stupor. The problem with that tale, as Audrey Watters points out in her new must-read book Teaching Machines, is that it gets the history all wrong.

Watters is a writer who covers education technology. She has blogged about ed tech at Hack Education since 2010, and previously authored four “Monsters of Education Technology” books. She is sharp and smart when it comes to connecting the dots and placing ed tech in its proper context, bridging gaps between technology, education, and history. In her online bio, she calls herself “ed-tech’s Cassandra.”

Watters rewinds the story of teaching machines all the way back to the 1920s, when the rise of standardized testing fed the search for standardized teaching. Sidney Pressey envisioned a mechanical teacher; press a key, get instant feedback, get either the next question or a repeat of the lesson. It was Pressey’s dream to get a company to manufacture and sell his machine, thereby revolutionizing education. It did not happen; ultimately the difficulties in turning the dream into an actual functioning machine were too great (and the Depression didn’t help).

Mechanical teaching, perhaps better described as programmed learning, did not always involve machines. One early approach was to create books that were basically Choose Your Own Adventures for education—answer a question

Watters devotes much of the book to the attempts by B. F. Skinner to create and market a teaching machine. Skinner also failed—multiple times—and it is fascinating to watch the conflict between the theories, the engineering, the manufacturing, the developing of program content, and the egos involved unfold. Skinner was the big name in this behaviorist approach to education, and yet even he and the companies he tried to work with (including IBM) could not market a successful product.

Mechanical teaching, perhaps better described as programmed learning, did not always involve machines. One early approach was to create books that were basically Choose Your Own Adventures for education—answer a question, and turn to whatever page is indicated by the answer that you chose. It was a simple form of the exact same “personalization” marketed these days on computers.

That is a major theme that runs through this compact but thoroughly researched book. It turns out that virtually nothing we’ve heard in the recent push for ed tech is actually new.

Pressley said that his machine would “leave the teacher more free for her most important work” i.e. directly working with students, a claim made for algorithm-powered teaching products today. Yet teachers were also cast as the enemy, opposing the march of progress for either “sentimental” or selfish reasons.

The struggle in developing materials for the teaching machines ended up being more about what approach would best fit the limits of the machine rather than what would be the best educational design. Frequently the result was a worksheet accessed through complicated machinery (or programming), rather than simply sitting on the student’s desk.

Virtually every producer of machines overpromised, touting the game-changing properties of the machine even as the factory was still struggling to get one working prototype completed. And that promise frequently carried a subtext of social engineering, of using programmed learning to program humans to meet the needs of business of the government.

The blaming. It failed because teachers wouldn’t accept it. Because the company was building it wrong. Because people were using it incorrectly. Never, ever, “Maybe we have a bad idea here.”

And at each stage, advocates of the machines would tout their inevitability. “This will be the next thing,” they would state with certainty, in statements that turned out to be less about accurate reading of history and more about aspirational marketing.

None of which is to say that teaching machines and their history don’t matter. As Watters concludes:

Teaching machines may be one of the most important trends in the twentieth century—both in education and in technology—precisely because they are not a flash-in-th-pan, as some scholars have suggested, but a harbinger. Their ongoing influence can be found in the push for both personalized technologies and behavioral engineering. But teaching machines’ most significant legacy may be, quite broadly, in the technocratic culture that they helped engender in education.

The book is fascinating and very readable, loaded with well-chosen details. Reading this story, one suspects it might be fair to say that it is ed tech, not public education, that has not made a significant step forward in the last 100 years.