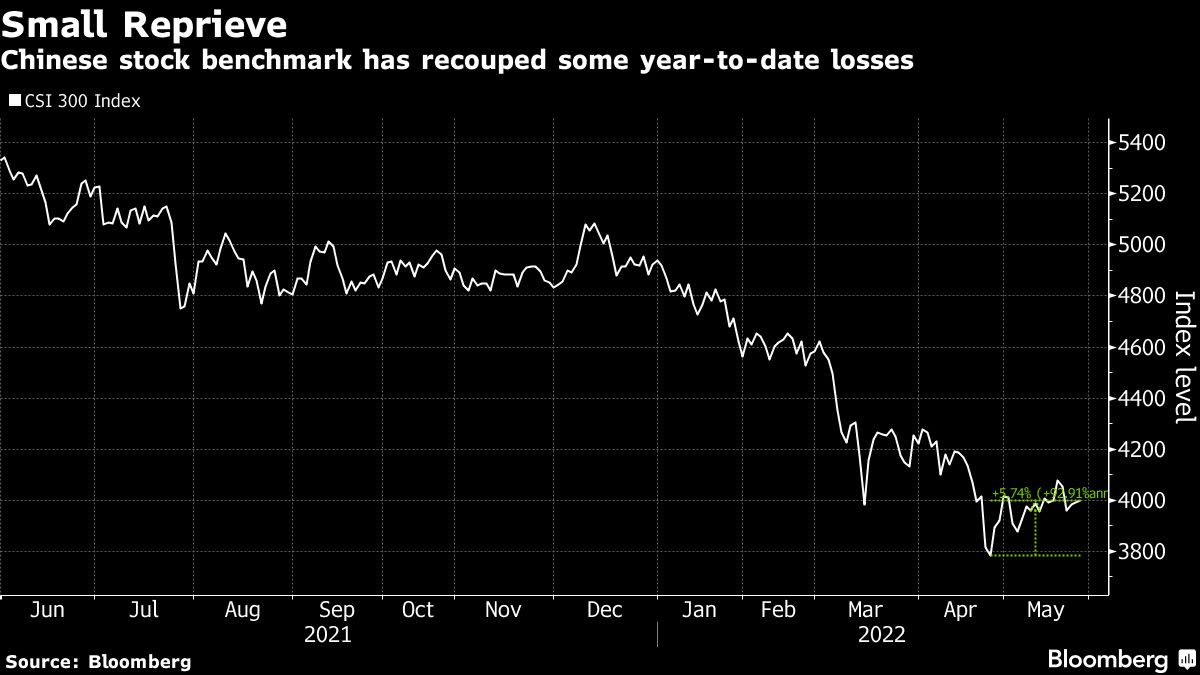 (Bloomberg) — Investors should be ready for China’s stocks to outperform as potential catalysts loom, according to Europe’s largest asset manager Amundi SA.

The firm is turning more bullish on the country’s equities market after trimming exposure during the first quarter’s harsh selloff, according to Vincent Mortier, Amundi’s chief investment officer. Key developments to watch include the potential rollout of a homegrown mRNA Covid-19 vaccine and any reopening steps taken around the Party Congress later this year, he said.

“It’s more a question of when will it happen, not if it will happen,” he told Bloomberg News during an interview last week. “To be underweight Chinese equities today is risky. It’s better to be overweight because medium-term, we think there is value.” The firm’s flagship China equity fund currently has $578 million in assets under management, according to its website.

Mortier said Amundi, which oversees more than $2 trillion globally, favors onshore Chinese shares exposed to domestic activities, including those in consumer discretionary, industrial and health-care sectors. He is cautious on the nation’s tech companies due the impact of regulatory pressures on earnings. “Given the lack of visibility, even if the prices have corrected, we cannot say today they are cheap.”

Chinese stocks have remained under heavy selling pressure this year amid a sharp slowdown in economic activity, disruptive Covid Zero policies and geopolitical tensions, with the benchmark CSI 300 Index down more than 18%. Markets have stabilized in recent weeks amid steps taken by the government to bolster growth as well as plans by officials to ease some of the strictest virus controls.

Mortier said other near-term catalysts for China’s battered stocks include more “targeted” easing by the central bank to support the economy, as well as any progress in opening up its domestic market to foreign firms.

In the credit space, Mortier said he sees opportunities in China’s high-yield bonds. In terms of distressed debt in the real estate sector, he said fears for some companies may be overplayed. “There are some names which are trading at 30% of face value, where we are convinced they won’t be bankrupt and there is value,” he said. “It’s a unique opportunity.”