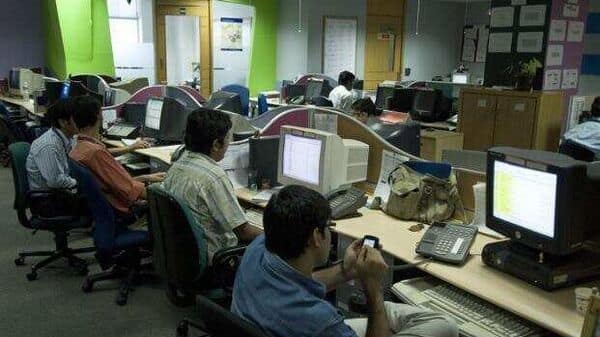 American multinational corporation American Express is on the hunt for software engineers, coders and developers, part of a 1,500-person hiring spree for its sprawling technology arm.

The New York-based company has already added over 3,600 technical workers in 2022 and hopes to fill the remaining openings by the end of the year, Ravi Radhakrishnan, the company’s chief information officer, said in an interview.

Nearly 60% of the hires will be in America, with about a third in India and the rest in Europe, Radhakrishnan further said.

AmEx, the biggest US card issuer by purchases, had 64,000 employees as of the end of last year. The company is up against a raging war for technology talent.

Nearly two-thirds of human-resources professionals cited hiring qualified developers as their biggest recruitment challenge of the year, as per a Deloitte report in February.

“It is without a doubt a challenging environment to recruit technical talent,” Radhakrishnan said in an interview. “The war for talent is a true consideration.”

Spending on AmEx’s network has roared back this year as customers return to traveling and dining out following years of pandemic-related lockdowns. The company now expects revenue for the year to climb as much as 25%, a bigger increase than previous forecasts. As a result, New York-based AmEx has said it wants to beef up its investments in technology and talent.

“We now expect our full-year operating expenses to be around $13 billion as we invest in our talented colleague base, technology and other key underpinnings of our growth given our tremendously high levels of revenue growth,” Chief Financial Officer Jeff Campbell had said earlier in July.

Radhakrishnan said teams across the company are looking for data scientists, engineers and analysts for handling everything from fraud management to lifestyle services to the company’s venture-capital arm.

AmEx has been one of the few banks to embrace remote work even after the pandemic, with 40% of staffers opting to be fully virtual. The majority of the company’s staffers have chosen to come into the office two days a week and work remotely the rest of the week.

“There’s a lot of talent that wants to understand how we approach flexibility,” Radhakrishnan said. “It’s not just the flexibility that we offer — the option to be virtual, in-person or hybrid. It’s combining it with purpose. We do do that. We ask people to work with their leaders to determine the purpose for coming in.”

Meanwhile, initial US unemployment claims decreased by 5,000 to 213,000 in the week ended 10 September. The four-week moving average, which smooths out volatility from week to week, dropped to 224,000 — the lowest since June, Labor Department data showed last Thursday.

Jobless claims have been dropping as employers are still trying to fill millions of open positions and retain the workers they already have. However, the trend may reverse course as the Federal Reserve pursues an aggressive path of interest-rate hikes to reign in demand across the economy, including for labor.

Catch all the Corporate news and Updates on Live Mint. Download The Mint News App to get Daily Market Updates & Live Business News.

* Thank you for subscribing to our newsletter.