Does having a European HQ still matter in a 'remote' world? Absolutely - The Next Web  ❖  Minister Says Paralympic Athletes Will Get the Same Appreciation as the Olympics - Tempo.co English  ❖  Insights on the Aerospace Foams Global Market to 2026 - Featuring Invengo Technology, CCL Industries and Nedap Among Others - ResearchAndMarkets.com - Yahoo Finance  ❖  Learn The Essentials of Computer Science for Less Than $35 - PCMag.com  ❖  Storage news ticker – April 27 – Blocks and Files - Blocks and Files  ❖  All you need to know to protect your skin from pollutants - The Statesman  ❖  German publisher Axel Springer completes Politico takeover | AP News - Associated Press  ❖  Connections matter, especially during the holidays | News, Sports, Jobs - Evening Observer  ❖  Ingredient Spotlight - Watermelon - Truth In Aging  ❖  Top 10 Programming Languages that will Keep You in Demand in 2022 - Analytics Insight

‘Jobfishing’ scheme tricked dozens of people into working for free, the BBC reports

Alleged design firm Madbird lured dozens of young professionals with promises of fat paychecks and financial success, milking hours of free labor out of them in exchange for lucrative commissions that never came, the BBC reported on Monday. 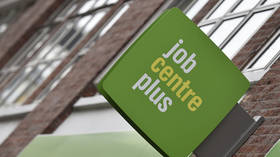 The broadcaster’s investigative report revealed the supposedly decade-old firm had only existed since 2020 and most of its employees were fake, their profiles having been cobbled together from stock photography sites and random LinkedIn profiles. The company’s founder, a man known as Ali Ayad, nevertheless has refused to admit wrongdoing.

Of over 50 creatives duped into working for Madbird, some reportedly left good jobs and ran up debt in order to devote themselves to the firm, convinced that the big commissions the charismatic Ayad had promised them were right around the corner. Most worked in sales, pulling long hours – one employee reportedly pitched a whopping 10,000 potential clients on web redesign or app building projects, earning an ‘employee of the month’ title shortly before the firm was exposed as a fraud.

The employees’ contracts paid commission-only for the first six months of the job, a so-called probationary period in which they would receive a percentage of any deal they negotiated. After six months, they were supposed to receive a $47,300 (£35,000) salary, the BBC reports. But apparently no deals were ever signed, and no employee salaries were ever paid. While several workers had left real jobs to join Madbird, others had signed on in desperation due to a dearth of good-paying jobs amid the Covid-19 pandemic.

But the 42 brands Madbird had supposedly done creative work for had never heard of the company, the BBC revealed, and work the agency claimed as its own had been stolen off the internet. Ayad had neither worked as creative designer at Nike nor received the degrees he claimed on LinkedIn, and his Madbird co-founder apparently did not exist – his profile image was borrowed from a Czech beehive-maker.

Ayad’s bogus empire even stretched beyond the UK, with employees hired from Uganda, India, South Africa, and the Philippines and promised visas if they successfully passed their six-month probationary period. Employees only spoke to one another over Zoom and email, working remotely under the guise of the Covid-19 pandemic.

Finally, two employees smelled a rat and sent out a company-wide email under the alias ‘Jane Smith’ to reveal that much about the firm had seemingly been fabricated. Ayad responded claiming total ignorance, and then sent out an email to staff saying he “should’ve known better” and insisting he was “truly sorry.” Shortly afterwards, his social media profiles vanished along with Madbird’s website.

After months of stringing BBC reporters along with promises to tell his side of the story, Ayad was finally confronted on the street by a camera team. Claiming he was “creating opportunity” for workers amid the pandemic, he insisted there was another side to the story, though he declined to provide it, and said Madbird was not a “fake company.” He has reportedly stopped answering emails from the network, just as he stopped responding to communications from employees.

Ultimately, just one Madbird employee appears to have received any money from the company – James Harris, who had worked at the firm for two weeks leading up to the ‘Jane Smith’ email. He told the BBC he received a check in the mail for $40.43 (£29.70), apparently payment for a few hours of unpaid training.