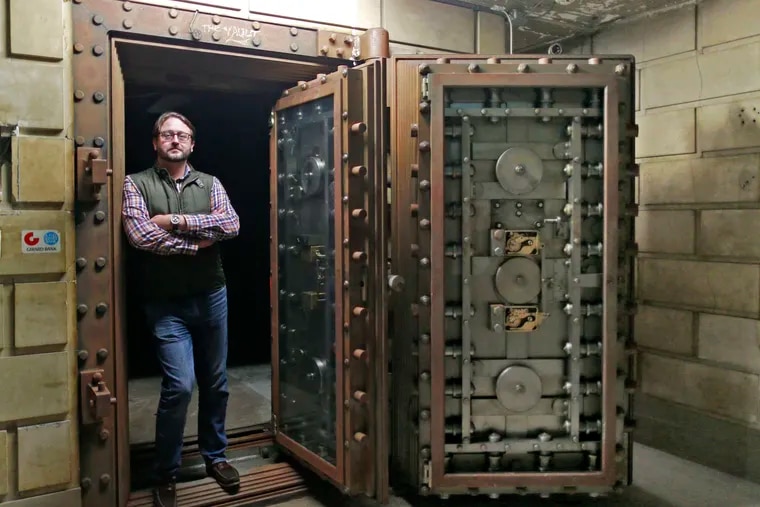 In a deal designed to speed up its already rapid growth, the Philadelphia-based cloud computing company Linode announced it is being acquired by cybersecurity giant Akamai Technologies for $900 million.

Akamai chief executive Tom Leighton said his company will use its own investment cash and large global sales force to roughly double Linode’s annual revenue growth rate, from the current 15% a year.

The Cambridge, Mass.-based buyer also pledged to expand Linode’s network of 11 regional computing centers — while also cutting duplicate marketing and other services that Linode performs, to save money.

Linode, which competes with industry giants such as Amazon Web Services and Microsoft Azure, is one of the city’s more successful software start-ups of the past 20 years. Company officials didn’t immediately respond to queries on whether Akamai was more likely to add to its global workforce of 256 over the next year.

“We started Linode 19 years ago to make the power of the [remote-computing] cloud easier and more accessible,” said Linode CEO Christopher Aker in a statement. “Along the way, we built a cloud computing platform trusted by developers and businesses around the world,” but today’s corporate customers need additional data storage, security and computing power. As a larger company, Akamai can upgrade Linode’s products and better serve clients, Aker added.

Linode’s name comes from “Linux node,” emphasizing its early focus on independent software developers who favored the open-source Linux operating system over those sold by Microsoft and othersThe firm is based in the ornate former Corn Exchange Bank & Trust Company building at 249 Arch St. in Philadelphia’s Old City.

Founded by Manahawkin, N.J. native Christopher Aker in 2003, Linode was first based in Linwood, Atlantic County, and expanded to Haddonfield, Camden County before moving its main office in the city in 2015.

While Amazon and other cloud computing leaders stress low-cost services and leave it to clients and their contractors to keep the systems running, Linode focused on making it easier for clients’ software developers to customize its services, Akamai chief operating officer Adam Karon told investors.

“The great thing about the Linode platform is it is very self-service, very frictionless for developers,” Karon said. It aids clients by offering “a great customer care group inside of Linode. ” Akamai will add Linode to its own “Compute” group, one of its three main business units, along with Data Storage and “Edge Applications.”

As a privately-owned company, Linode was “holding back a bit” on marketing and product development, Akamai chief financial officer Ed McGowan told investors. “We can accelerate that business,” he said.

Akamai’s shares fell as much as 6% in trading Wednesday morning. And investors on the analysts call pressed Akamai executives on why they are buying Linode outright. Why not “partner with it or other cloud-computing companies?” asked Keith Weiss, a Morgan Stanley analyst, during the Tuesday evening conference call.

Linode, which has 150,000 customers of its own, is well prepared to service Akamai customers while also boosting sales, said Akamai CEO Leighton. He said his company is unlikely to do other large acquisitions soon, adding that Linode and Guardicore, the Tel Aviv-based anti-ransomware software provider that Akamai bought last fall, were “exceptional opportunities.”

He asked whether Akamai, in buying Linode, is moving “downmarket” in search of smaller customers. But chief executive Leighton said large companies also want the “developer-friendly” products that Linode develops.

Leighton added that users interested in the combination of Akamai Web security and Linode cloud-computing products include shipping and logistics companies who need to securely track containers and their contents, sports leagues that want to link groups of fans in remote cities without giving their programming away, and hospitals seeking to share surgical procedure video and data while protecting patients in compliance with federal law.