In January 2018, Google CEO Sundar Pichai claimed that research into artificial intelligence (AI) was one of the most important fields of human endeavour. “It is more profound,” said the Silicon Valley executive, “than […] electricity or fire”.

Such is the fervour surrounding AI and machine learning that thousands of economists, policymakers and business leaders are seeking to understand not just how these technologies will transform organisations and industries, but also the future of work itself.

Following the publication of a recent New Statesman policy supplement on this topic, Spotlight convened an expert panel of politicians, academics and industry leaders to discuss how we can harness the efficiencies of advanced machine learning, while minimising workers’ exposure to some of the harmful consequences of automation.

Opening the discussion, Stephen Timms, chair of the Work and Pensions Select Committee, set out one of the key concerns regarding policymaking in this area: the paucity of data about how many British businesses are investing in AI services. “We don’t really have very good data at the moment on the extent of the roll-out of automation,” said Timms, whose committee has produced a recent report on the subject. “We think the annual business survey ought to pick this up a bit more than it does, so we can get a better handle on [the data].”

Questions about the degree to which machines will make human labour redundant have long divided economists, but Timms struck an optimistic note: “There will certainly be jobs that go and there will certainly be many, many jobs that are dramatically changed by automation, but we think that the loss of jobs will be accompanied by the creation of new jobs. We don’t think we’re going to be in a world where everybody works for four hours a week.”

Sign up for The New Statesman’s newsletters Tick the boxes of the newsletters you would like to receive.

A weekly round-up of The New Statesman’s climate, environment and sustainability content.

Increasing automation will nevertheless pose a major challenge to policymakers. “For departments like the Department for Work and Pensions and the Department for Education, there are big [questions] about how you equip people for the changes that are coming,” said Timms.

Yet as the former Treasury minister noted, automation is already reshaping key industries. The rise of gig economy platforms such as Uber means that labour is increasingly managed by algorithms with little to no human supervision. Dora Meredith, head of programmes at the Institute for the Future of Work, said this approach to work is now creeping into other parts of the economy too.

“We found that the ethos, practices and business models of the gig economy are being embedded across many essential sectors without an understanding of the profound adverse impacts on workers’ lives,” said Meredith. “We refer to this as the ‘gigification of the economy’, and see this as a significant challenge for employees, but also employers.” 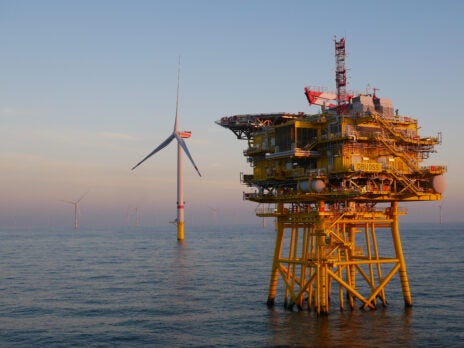 The panellists were in broad agreement that AI should be introduced in ways that enhance human work, by automating routine processes and freeing up professionals to carry out highly skilled tasks. But while this affords huge advantages to early adopters, employers that fail to embrace automation services risk being left behind.

Christopher Ford, head of government affairs at IT services firm DXC Technology, said the key to successful deployment of automation is lifelong learning. Without this, Ford warned, companies would not be able to take advantage of AI. “The ability to leverage these new technologies is key to our geopolitical competitiveness. Our ability to leverage this within government allows us to make faster decisions, to out-think our geopolitical rivals and to out-think our socio-economic problems.

“It is absolutely critical,” Ford added, “that we raise the level of understanding within government and the civil service about how to do things more efficiently and quickly… For me, the opportunity is the same as the risk: we don’t embrace it early enough. We don’t recognise that this is a technology of the future.”

As well as requiring a rethink of education policy, some policymakers believe the rise of AI services will also necessitate a slate of new regulations. Yet Carol Monaghan, vice chair of the All-Party Parliamentary Group (APPG) on Artificial Intelligence, warned there was a lack of expertise within government around how machine learning systems work. “We need more expertise and more and more input from events like this, but also from people working in developing AI systems. We need to know what it is that we need to know.”

Echoing Monaghan’s concerns, Mark Woods, chief technical advisor EMEA at Splunk, a data analysis software compant, said that government policymaking in this area was not joined up. “Sometimes,” he said, “we like to separate AI and automation and some of those applications from the data that actually drives them and the application itself.” Woods said the UK’s distinct AI, data and industrial application strategies “don’t necessarily pull those [considerations] together”.

The solution, Woods added, is to create policy that considers how “these things are actually going to be applied. There’s a huge reciprocal effect between understanding what we have now and driving innovation in the right areas to fill those gaps.”

Gina Neff, executive director of the Minderoo Centre for Technology and Democracy at the University of Cambridge, said more thought must be given to “the last mile of implementation” of new automation services. “[The risk is] we stay thinking on a very macro level, when really we need to think quite granularly about how individual workers in their jobs are understanding, reacting to, appreciating, implementing and applying new kinds of data in their day-to-day work.”

One way of understanding how AI may disrupt the world of work is to look to those sectors where it already has. Huw Kwon, vice president – global head of AI and analytics strategy at multinational tech firm Cognizant, noted that the banking industry has long invested in automation. “Our credit card offerings and our mortgage decisions are almost entirely automated. We can extract some of the parallels by inviting experts from the banking world to offer guidance. I think that will make it more real and practical, as we actually argue and think this through.”

Matt Warman, the former minister for digital infrastructure, said that for governments to maximise job creation in the coming years they must prioritise data, ethics and skills. Warman said that when he was helping to develop the government’s AI strategy, “the thing that worried me most is the lack of skills availability in the UK”. In practice, Warman said, this “meant trying to make sure that what was being kicked out from schools, universities and apprenticeships was what was genuinely useful to businesses, small and large”.

As a professor working at both Oxford and Cambridge, Neff reiterated this point: “The investment need is now. If I’m talking from a very privileged position from among two of the best universities in the UK, it’s a need at every single institution in this country.”

Neff argued that workers across many industries needed to be educated in the strengths and weaknesses of AI tools. “We need to have those clinical workers on the front lines of the NHS be able to understand when they’re looking at the results of automated systems, as they soon will, that they’re able to parse what AI can do and what it can’t do. It’s incredibly important for the safety of these systems.”

Concluding the discussion, Stephen Metcalfe, the chair of the AI APPG, said the UK is “very well placed to lead on AI regulation both in the UK, across Europe and the world”. He added that skills had appeared high on the agenda of the meeting and that a new approach to education was necessary to ensure individuals know how their data is being used in AI systems now, but also so that the courses they take at schools, colleges and universities prepare them for the jobs of the future too.