Tech innovations are helping people get around affordably and safely in urban sub-Saharan Africa, where only 33 percent of people have access to transport, and vulnerable groups face pricey and dangerous commutes

After a minibus taxi driver threatened to throw her out on the street for asking him to slow down as he raced down the highway, South African nurse Lebogang Matjila scoured the Internet for a safer, cheaper way to get to her patients.

When she found Planet42, a rent-to-buy auto company that said it would help her eventually own her own vehicle, she thought it sounded too good to be true.

“I had been scammed once before, but I filled in my details and applied online because desperation can do that to you,” the 42-year-old mother of two from Pretoria said. 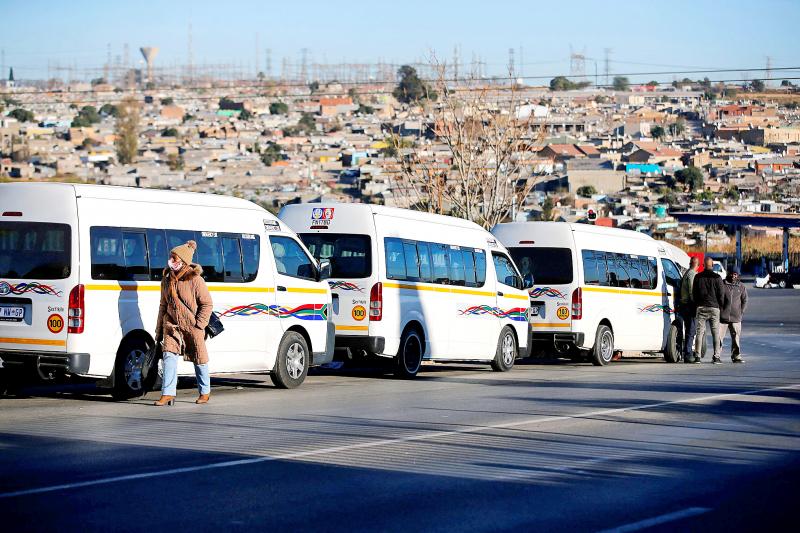 “Some may say it’s just transport, so it’s not so important, but you can only say that in South Africa if you don’t care about your safety,” she said.

About 33 percent of sub-Saharan Africa’s urban population has access to public transport, in contrast to 75 percent in Europe and North America, UN statistics show.

To help people get around safely and affordably, Africa’s innovators are looking to technology, from a data-driven company that helps South Africans with bad credit buy cars to an app-based truck service delivering potatoes and more in Rwanda.

Using algorithms to detect applicants who have been “unfairly ignored by banks,” the social enterprise has helped put about 8,000 insured vehicles on the road in the past five years, Oja said.

Planet42’s machine learning tracks thousands of public data points from credit bureaus, such as credit scores, to calculate who is eligible to rent a vehicle from them and eventually buy it at a reduced cost.

“As we get more data, we get better at determining which customer is a good risk to take, so we can actually keep lowering the price of our service,” Oja said.

The COVID-19 pandemic pushed tens of thousands of South Africans into arrears, he said, adding that those are the kinds of “blacklisted” customers Planet42 can help as they try to rebuild their credit scores.

For Matjila in Pretoria, it was unpaid store credit from her student days that destroyed her score and left her unable to get a loan, even after she had paid it off.

Since getting her vehicle, she said her income has doubled as she is able to travel to more patients every day.

“There are so many other blacklisted South Africans stuck without solutions and without safe transport,” she said. “Tech solutions that they can access from their homes or phones could change their lives, too.”

While Planet42 focuses on vehicle ownership to advance what it calls the “democratization of mobility,” OX, a new truck company in Rwanda’s Western Province, is helping small business owners move everything from cows to coffins.

Launched in March last year, OX enables customers to rent a spot in one of their eight trucks on a pay-as-you-go basis, all coordinated through an app managed by the driver.

For many of OX’s customers, previous options for moving their stock were bicycles, donkeys or porters, which limited how much and how fast they could sell.

The company has gained more than 300 customers since its launch and is growing 40 percent month-on-month in terms of revenue and volume, managing director Simon Davis said, adding that one customer — an animal feed supplier — has tripled his sales since he started using the service.

As in the rest of the world, mobile phone use is rising in Africa, driving a surge in apps designed to help people get around their cities safely and cheaply.

By the end of 2020, more than 45 percent of sub-Saharan Africa’s population subscribed to mobile services, with nearly 20 million people signing up just in the previous year, telecoms lobby group GSMA has said.

In Uganda, where research published in the journal Transportation Planning and Technology estimates that there are 500,000 motorcycle and three-wheeler taxis, SafeBoda uses an app to link commuters with trained and reliable drivers.

Female riders interviewed by the researchers said they felt safer not having to negotiate prices with drivers and being able to identify and track their drive on the app.

However, tech solutions are no silver bullet, Clark said, citing poor connectivity in rural areas and that half of the African population still has no access to a smartphone.

More work needs to be done to make regular public transportation more accessible to everyone, and that includes more investment in infrastructure and more women in senior roles, he said.

“Many of the decisions concerning service delivery are made by men, for men,” said Clark, whose work at Transaid includes efforts to boost female leadership in transport.

“When more women are part of the decisionmaking process, greater consideration will be given to the needs of women as passengers,” Clark said.

For Matjila, filling in that online application has meant she can now choose whether to be a passenger or drive her own vehicle, which has made her feel safer, increased her income and lets her spend more time with her family.

“To be honest, it changed my life,” she said.