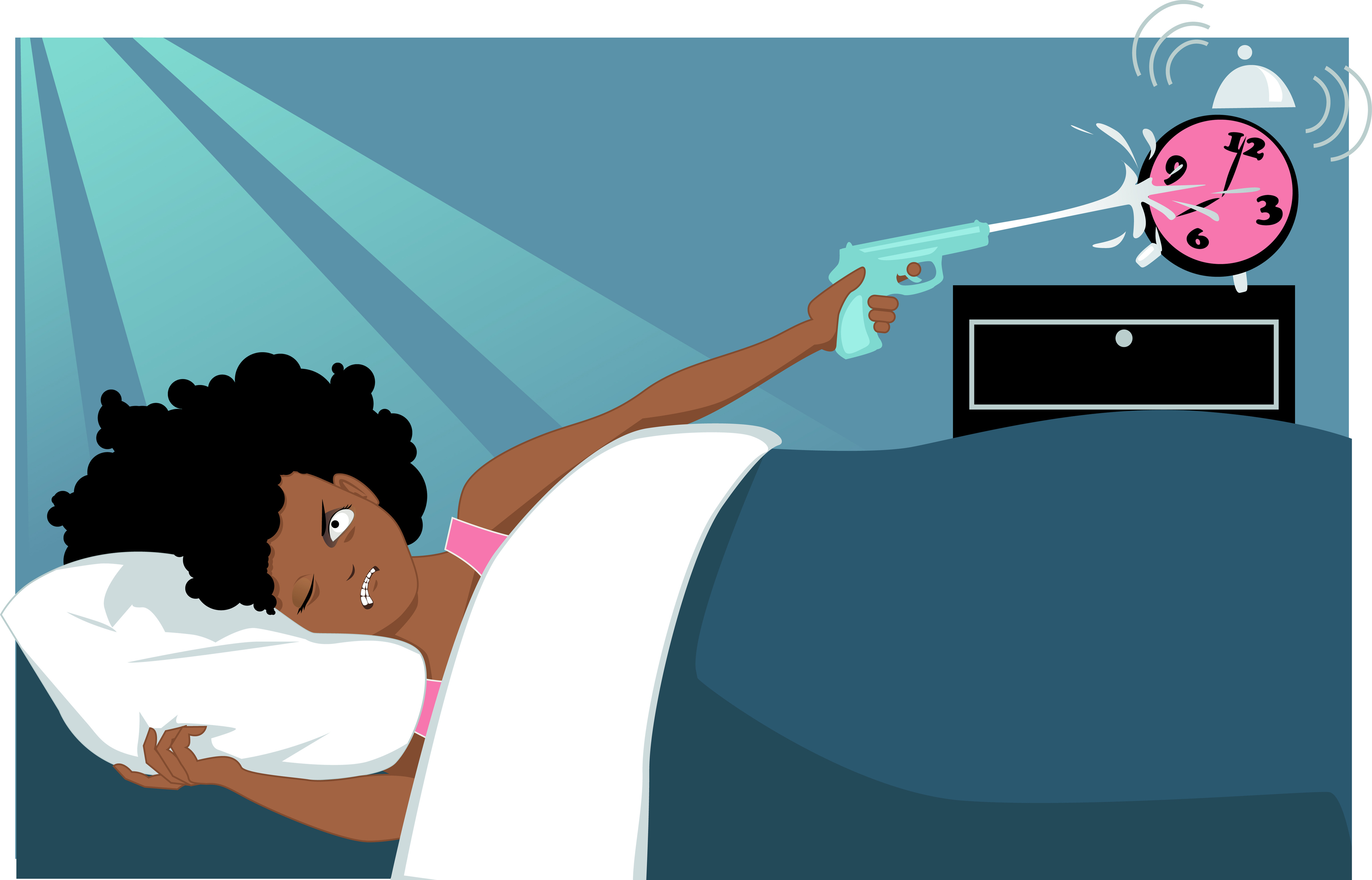 The detrimental effects of systemic racism are evident across the healthcare system with increasing data signaling the many adverse health outcomes associated with racial disparities in health, patient outcomes, and more. Not only do pervasive racial inequities affect the accessibility of healthcare for disadvantaged groups, but they also predispose certain racial groups to experience health conditions at higher rates. Educational and prevention efforts often do not cater to the most disadvantaged groups; meanwhile, many health issues stem from modifiable lifestyle factors which prove to be rooted in systemic inequity.

One such lifestyle factor and a key component of maintaining overall health is sleep, which is also necessary for improving concentration, preventing depression, and promoting weight management thereby reducing the risk of cardiovascular disease. Per CDC recommendations, a minimum of 7 hours of sleep per night is considered healthy for adults, however, statistics indicate that many individuals do not get nearly enough sleep on a regular basis – with inequities most evident between racial groups.

Investigating whether racial disparities extend to sleep patterns, a recent feature published in Medical News Today explores the prevalence of inadequate sleep among Black Americans, highlighting the differences in amount of sleep between Black and non-Hispanic White Americans.

The article explores racial disparities in sleep patterns as reported in a 2015 study published in BMC Public Health which analyzed the prevalence of inadequate sleep among Black Americans using data from the National Health Interview Survey (NHIS). Conducted by researchers at the New York University Grossman School of Medicine, the trial examined sleep trends among White and Black American participants.

The findings were consistent with previous studies implicating that Black adults are nearly twice as likely to sleep less than 7 hours per night on average when compared with White adults. Racial disparities have also been reported in the quality of sleep; some studies report that African Americans do not spend as much time in the deep, slow-wave sleep phase as non-Hispanic white individuals and are much more likely to report physical fatigue as a result.

Researchers believe that the association is a result of perceived discrimination; individuals who experienced more discrimination had less deep sleep and greater fatigue than those who did not. There are many potential detrimental health effects tied to insufficient sleep, including physiologic and hormonal consequences that ultimately contribute to an elevated risk of adverse cardiometabolic outcomes. Prior research has shown a strong correlation between poor sleep, obesity, and the incidence of cardiovascular disease. Poor sleep patterns can disrupt various metabolic pathways leading to a higher likelihood of insulin resistance, decreased energy expenditure, increased appetite, and immunological changes – all factors which negatively affect physical health.

As such, researchers believe that sleep deprivation may partially account for the higher prevalence of chronic conditions such as hypertension, obesity, and diabetes, in this demographic.

Several possible reasons underlie these disparities including the multifactorial effects of systemic racism on disadvantaged populations. For instance, there is a disproportionately higher reported incidence of untreated sleep apnea in African Americans. In addition, cultural and social factors may be to blame and may include higher proportions of urban residence, inconvenient work schedules, and job strain.

According to the article, inner-city living has been associated with sleep dysfunctions, which may partially explain differences in sleep patterns. Furthermore, Black Americans are disproportionately more likely to work unconventional hours when compared with their White counterparts; they are more likely to work inconvenient shifts which can ultimately derail circadian rhythms.

“When viewed in the context of health equity research, insufficient sleep may be a key factor in understanding diseases that disproportionately burden [Black adults]. Whether sleep time in this population is curtailed by lifestyle choices or restricted by sleep fragmentation, as is the case in sleep apnea, [Black Americans] may be at increased risk of developing chronic diseases (e.g., diabetes and cardiovascular disease) due to insufficient sleep,” the study’s authors noted.

This area of research is important as sleep deprivation can further exacerbate disparities in the incidence of chronic health conditions, causing poorer health outcomes and compounding other adverse lifestyle factors. Further research is needed to identify what is contributing to the greater prevalence of inadequate sleep observed in this demographic. A comprehensive understanding of the variables underlying the evidenced racial disparities is needed to facilitate strategic interventions aimed at mitigating the effects of systemic racism on population health within disadvantaged demographics in particular.