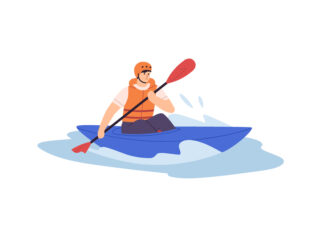 According to Canoe Ventures, ad efficiency ultimately comes down to one thing: scale.

The technology and data provider was founded in 2008 with national, addressable TV on its mind. It’s working toward that goal by pulling together data from multiple MVPDs (multichannel video programming distributors) into a single footprint for programmers.

On Wednesday, Canoe announced four major broadcasters are signing on to enable its national addressable solution: AMC Networks, TelevisaUnivision, WarnerMedia and Discovery (who have not yet merged).

“We’re effectively de-fragmenting the landscape for programmers,” said David Porter, Canoe’s SVP and GM of addressable advertising. “By unifying the disparate data [of TV viewing habits], programmers can scale their media buys and measurement across the entire footprint Canoe represents.”

That footprint is currently pinned at 34 million addressable-enabled US households across Comcast, Cox and Charter.

National addressable TV has been around for some time. “But it has always been in a very isolated environment with a very limited supply,” Porter said. “The industry’s now at a tipping point where the precision of addressable meets the scale of national programming.”

Publishers agree with the sentiment.

“[This is] the first time national inventory will be earmarked for addressable advertising at scale,” said Steve Silvestri, SVP of audience solutions at Discovery.

Porter says Canoe is currently in talks with other MVPDs and virtual MVPDs, so that household reach is expected to keep growing as Canoe brings on more programmers. “There’ll be more – we’re not done,” Porter added.

Even though Canoe hasn’t yet activated campaigns with the virtual MVPDs, that vMVPD data is included in its cross-screen footprint.

“We’re starting with MVPDs and their linear capabilities and subscriber bases, which includes pay TV and video on-demand (VOD),” Porter said. “[But] the goal is to activate across all [digital] end points [eventually].”

The plan is to work backward, starting with linear TV, in order to move forward.

“The long, hard work of the past several years was enabling dynamic ad insertion (DAI) on linear television, which is a significant accomplishment,” Porter added, since it required integrating machine learning tech into a traditional broadcast operating system.

But Canoe’s DAI solution still has applications for newer, digital platforms that were made to plug into DAI more naturally (e.g., mobile).

“TV doesn’t have an organic way to frequency cap,” Porter said, “until we bring national addressable into the equation.”

Using addressable tech, it would be possible for an audience segment to only see an ad a predetermined amount of times throughout the flight of a campaign. “And then we shut them off,” he said.

The households exposed to an addressable ad are bundled up and shipped off to a vendor that can then tie that exposure to conversions, including “website visitations, brand lift and sales,” Porter said.

Canoe works with several third-party vendors, including 605, to nail down attribution.

“Many publishers have [told us] in a very clear way that [addressable TV] is a strategic imperative for them,” Porter said. “[And] the attribution aspect really proves that value [proposition].” Canoe now possesses “real scale and a really deep, rich supply set,” Porter said. Which means addressable is poised to expand beyond the small slice of supply where it exists today.