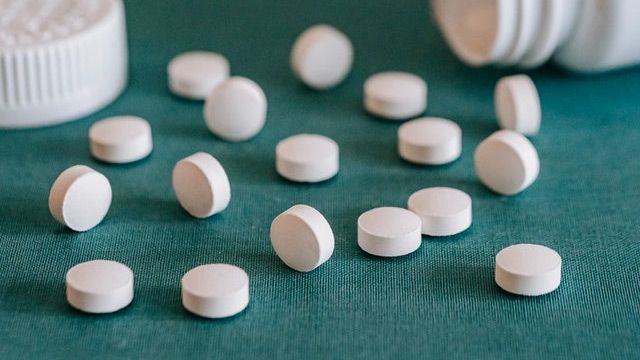 Best known therapeutically as a treatment for bipolar disorder, lithium has long intrigued researchers with its potential age-defying properties.

The element has been shown in lab experiments to extend the lifespan of fruit flies and roundworms, while observational studies have suggested tap water naturally laced with trace amounts of lithium might improve human longevity.

Researchers at The University of Toledo have recently found that low-dose lithium acts as a powerful anti-aging agent in the kidneys.

“Lithium’s effect on aging has been a hot topic, with several intriguing observations coming out in recent years,” said Dr. Rujun Gong, UToledo professor of medicine. “As people are living longer than ever, it’s crucial we find ways to slow or halt kidney aging. Our findings suggest lithium may indeed have significant potential to do just that, reducing the burden of renal disease.”

Kidney function tends to decline as people age, by as much as 50%, even in the absence of any identifiable kidney disease. This can be an important health issue for many elderly patients, increasing their risk of developing kidney failure and complicating treatment of many other medical conditions.

An estimated one in seven U.S. adults — or approximately 37 million people — have kidney disease, and one in three adults is at risk to develop it.

Gong’s research was recently published in the Journal of Clinical Investigation.

While lithium is a highly effective mood stabilizer and first-line treatment for bipolar disorder, scientists still don’t know exactly how it works in the brain.

However, researchers have found that one of the major molecular targets of lithium is GSK3-beta — an enzyme that is associated with cellular aging in the kidney and a decline in kidney function.

In close collaboration with Dr. Lance Dworkin, professor and chair of the Department of Medicine and a nephrologist at UToledo, Gong and his colleagues first demonstrated that knocking out the gene responsible for producing GSK3-beta slowed kidney aging and preserved kidney function in animal models.

Researchers then used lithium chloride to inhibit GSK3-beta, which achieved similar results. Mice had lower levels of albuminuria, or protein in the urine, improved kidney function and less cellular deficiency compared to a control group.

“We wanted to directly target GSK3-beta. There are a lot of fancy, very expensive small molecule compounds being developed, but we recognized that lithium has been used as a standard inhibitor of GSK3-beta in basic science research for decades and it’s a safe and widely used FDA-approved drug,” Dworkin said. “Our results very clearly showed low-dose lithium attenuates kidney aging in mice.”

To further validate their findings, researchers also reviewed a group of psychiatric patients to assess their kidney health. Laboratory tests showed individuals who had received long-term treatment with lithium carbonate had better functioning kidneys than those who had not received lithium treatments, despite comparable age and comorbidities.

Though inexpensive and widely available, Gong said lithium has developed a bit of a bad reputation because of its potential toxicity — including to the kidneys — in high doses.

“One of the pitfalls of lithium as a psychiatric medication is that the therapeutic window is very narrow. Because of the blood-brain barrier, the effective psychiatric dose for lithium is very close to the toxic dose,” Gong said. “But you only need a really small dose to produce the anti-aging effect in other organs.”

Evidence from the UToledo study suggests less than one-third of the usual psychiatric dose can block GSK3-beta activity in the kidney, which is far below the dose at which toxicity occurs.

While more research is needed, Gong said the discovery has significant clinical potential in an aging population.

“If we can validate this in pilot studies and eventually large-scale clinical trials lithium may emerge as an effective anti-aging medication for the kidney and potentially other organ systems and help to better preserve the health and well-being of our aging population.”

This article has been republished from the following materials. Note: material may have been edited for length and content. For further information, please contact the cited source.