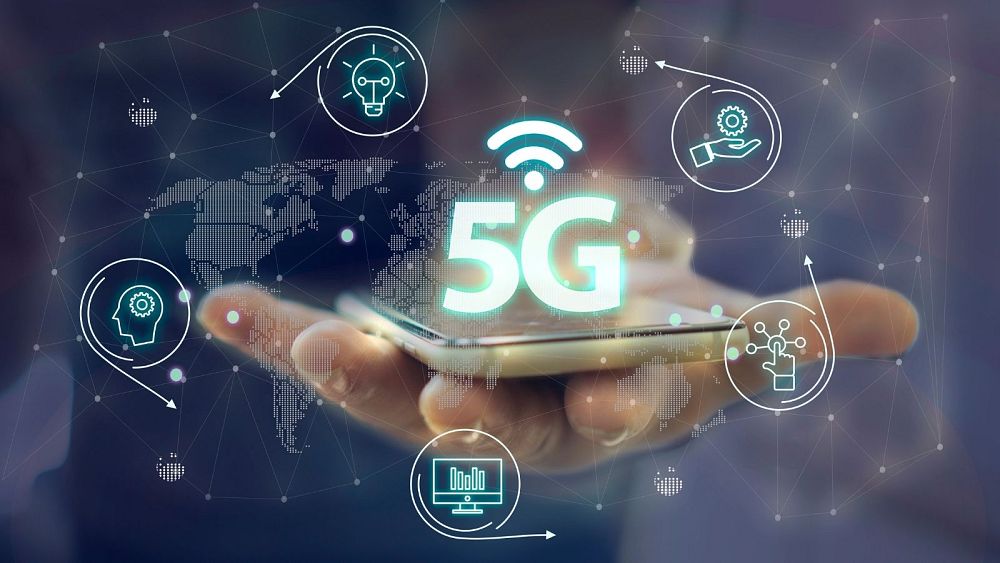 While we may think of 5G being the futuristic network that will make our Internet faster, the true benefits will be felt in enterprises in multiple sectors and Europe has what it takes to be a strong player in this field.

The fifth-generation mobile network, which will be faster, more efficient and secure, could help push technology to the next level in various fields such as healthcare, so that doctors could conduct remote diagnoses and even support remote surgery.

It could allow other vehicles to be controlled remotely so that operations like mining would become safer, and even allow robots to fully perform in factories.

“I believe that 5G and enterprise will have a profound impact on the way enterprises can do business and become more efficient, to become perhaps even more agile,” Jan van Tetering, senior vice president for Europe at Nokia told Euronews Next.

The 5G rollout is already in process and the infrastructure is being laid out, especially in Europe.

The Finnish telecom giant, which used to make mobile headsets, has set its sights on becoming a 5G leader.

“Throughout Europe, there’s a lot of momentum. 5G is at cruising speed at the moment,” van Tetering said, pointing out that roughly 30 per cent of the bloc’s businesses are digital, which means there’s a lot of promising optimisation to chase within companies.

Japan and North Korea are leading the field when it comes to rolling out 5G for consumers, but van Tetering said Europe is “rapidly catching up” and could be a key player in harnessing 5G for businesses.

“We still have a lot of manufacturing happening inside Europe and that’s where I think Europe could be in a sweet spot in that part of the 5G,” he said.

But 5G will not just be for companies, it will also benefit personal use for cloud, gaming and the metaverse, which will be needed to bridge the digital divide, especially as more of us depend on connectivity since the pandemic.

5G is high on Europe’s agenda and governments are pushing for its acceleration, especially in low-density areas.

However, the COVID-19 pandemic and safety concerns are among the reasons why the uptake in 5G connections has been slower than hoped, according to a 2022 European Court of Auditors report on the topic.

Concerns surround the safety risks of having critical services relying on 5G networks, and in 2020 the European Commission set up a dedicated cybersecurity strategy.

According to the Spanish think-tank Digital Future Society, 5G is safe.

“5G is as safe as any other network, with 5G we gain more possibilities and also tools to reinforce the security of our networks. That means that it offers us divided virtual channels to create different levels of security,” Cristina Colon, director of Digital Future Society told Euronews Next.

According to the global mobile communications trade group GSMA, 5G connections will surpass 1 billion in 2022 and 2 billion by 2025, but while Europe is pushing ahead it is still lagging behind other parts of the world.

The percentage of population covered by 5G in Europe has almost doubled between 2020 and 2021, reaching 62 per cent last year compared to 30 per cent the previous year, according to The State of Digital Communications report published by the European Telecommunications Network Operators’ Association (ETNO).

But the report said all global peers have much higher shares of the population covered, with the United States reaching 93.1 per cent and South Korea reaching 93.9 per cent coverage in 2021.

To bridge the digital divide and ensure everyone has access to networks even in remote areas, van Tetering believes there will be a mix of 5G, fixed wireless access solutions and fibre internet.

“I expect to see more than just focussing on one technology as a solution for everything. This will change because of the pressure of closing the digital divide,” he said.

“And I think it’s a good thing because you cannot lock people out of society and that’s what’s happening in societies. Hybrid working is one example where I think we should give equal opportunities to everybody”.