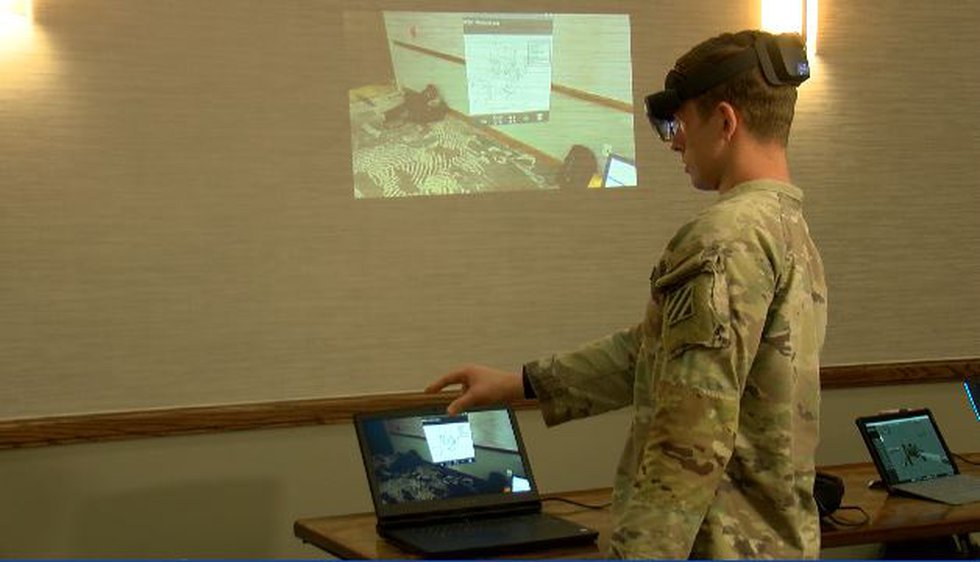 SAVANNAH, Ga. (WTOC) – While some 3rd ID troops are deploying to Europe, others are continuing their training at Fort Stewart.

To help instruction, multiple agencies including Georgia Tech and Microsoft are partnering with Fort Stewart to innovate how soldiers train and repair their equipment.

Some Fort Stewart soldiers were in a conference room instead of the field Friday to test out some augmented reality equipment.

“Augmented reality allows you to actually see the real piece of equipment you’re working on, and it overlays on top of it an image to help you fix those things faster,” said Lt. Col. Michael Hefti, 3rd ID.

Fort Stewart is in the early phases of implementing this technology into equipment repairs.

“We can speed up that maintenance, and also reduce cost in terms of parts.”

This captain got the chance to try it out himself. He calls it a game-changer.

“Being able to follow an augmented reality guide that’s directly in front of you, it makes it very easy to understand. It’s like having a trainer right there next to you talking you through every step of the way, I thought it was very neat,” said Capt. Ben McFarlin, deputy innovations officer.

Friday’s trials were an important first step in using this technology more widely.

“What we’re working on right now is getting stakeholders to say who is going to own this in the army enterprise as a system of record, and then messaging it to not just the soldiers but also the broader audience about how we’re going to perhaps make a leap with this in the future to make it a system of record.”

The future of army training, seen through the lens of augmented reality goggles.

Members of leadership say this technology could be in the hands of their soldiers within the next five years.