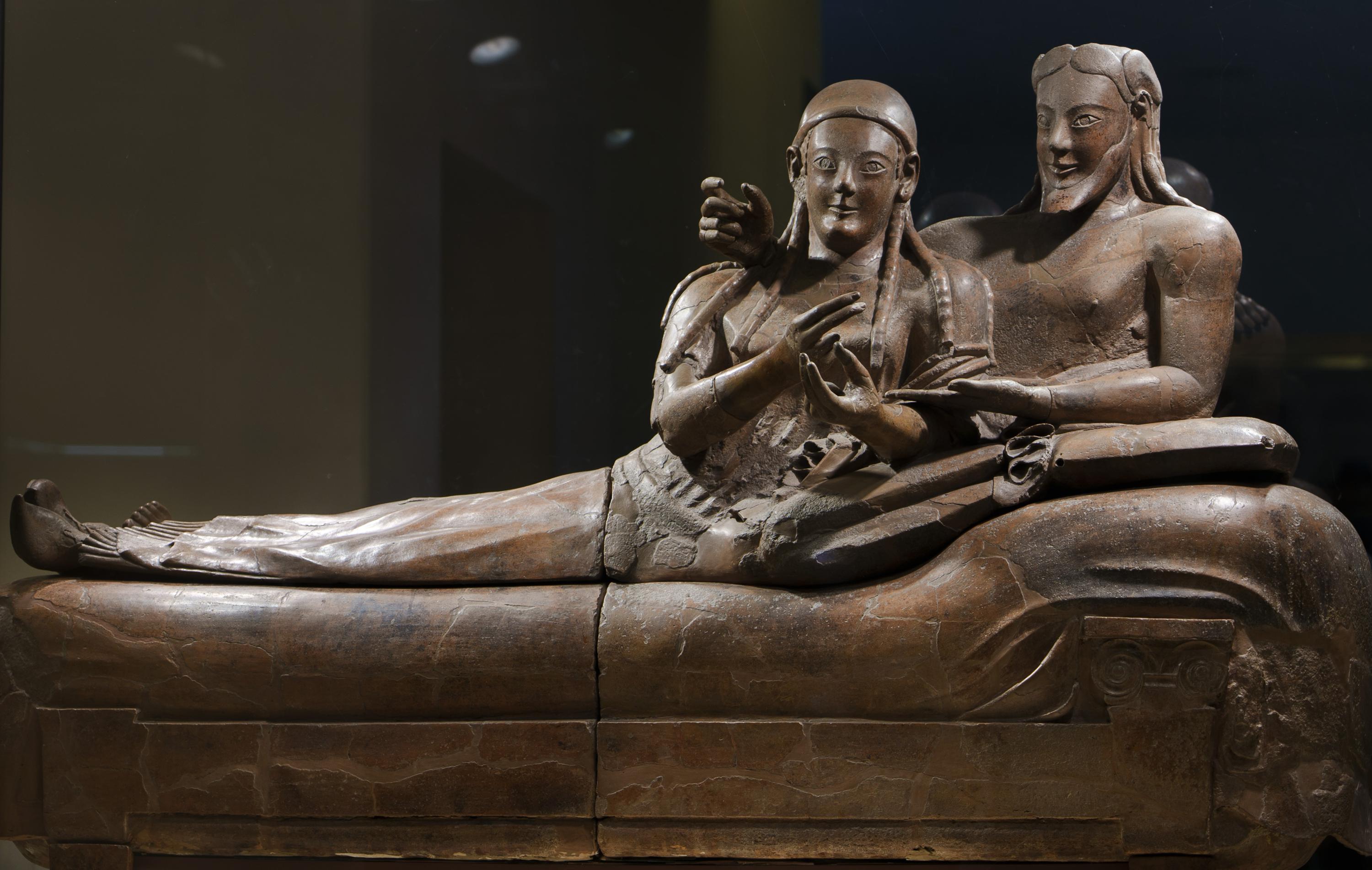 ROME (AP) — A pair of terracotta lovers caught in a tender embrace for 2,500 years are getting some Valentine’s Day TLC from Italian cultural officials.

One of the most famous lovers’ statues in the art world, the reclining spouses fashioned out of terracotta are being offered high-tech protection from the threat of earthquakes and lesser tremors from passing traffic outside, officials said Monday as they unveiled the 18-month project.

The Sarcophagus of the Spouses, made by an unknown artisan, is actually an urn constructed to hold the remains of the deceased. It is a top attraction at the National Etruscan Museum at Villa Giulia.

“The sarcophagus is threatened on a daily basis by the vibrations produced by the tramway and the railroad Rome-Viterbo” said Valentino Nizzo, the museum’s director.

The 18-month project includes the construction of an anti-seismic platform for the sarcophagus that will help reduce vibrations that threaten it.

The Sarcophagus, dating to the 6th century B.C., was discovered in 1881 in a necropolis in Cerveteri, a former Etruscan settlement near Rome. It was reconstructed from approximately 400 terracotta fragments.